The UAW is demanding an answer tonight.

The United Auto Workers labor union (UAW) is pushing the three Detroit automakers to close their U.S. factories as soon as possible -- and it may try to force the issue.

The UAW's president, Rory Gamble, said in a letter to members that the union has asked General Motors (GM -0.55%), Ford Motor Company (F 0.25%), and Fiat Chrysler Automobiles (FCAU) to shut down U.S. factories for two weeks, and it's demanding an answer by Tuesday at 6 p.m. Detroit time.

Ford, GM, FCA, and the UAW said on Sunday that they have formed a task force to coordinate measures to limit the spread of the novel coronavirus at work sites in the United States.

Gamble said that the union asked the automakers on Sunday night to shut down their U.S. factories, a request that he characterized as in line with guidelines issued by the World Health Organization and the U.S. Centers for Disease Control and Prevention. 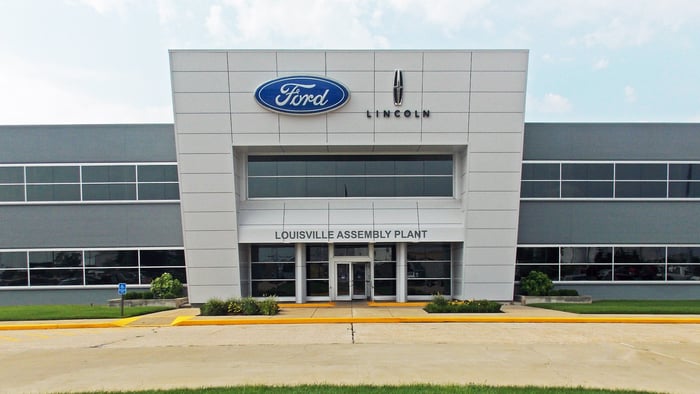 Workers at several auto factories, including Ford's Louisville Assembly Plant, have pushed for a two-week shutdown to slow the spread of the coronavirus. Image source: Ford Motor Company.

The automakers responded by asking for 48 hours to come up with a plan, Gamble said.

Workers at several auto plants, including a Ford factory in Louisville, Kentucky, have threatened to walk off the job if factories aren't shut down soon. The automakers have responded with incremental measures to improve safety, including moving workers apart and cleaning common areas more frequently.

Gamble said that if the union is not satisfied with the automakers' response, it "will take this conversation to the next level," using "any and all measures to protect" union members, according to an Automotive News report.

Separately, union leaders at a GM factory in Ontario have also called for a shutdown of at least two weeks to protect workers from the virus, Automotive News reported.