GM is under pressure from a few different directions now.

Shares of General Motors (GM 1.35%) were falling in trading on Tuesday afternoon as investors considered the possibility that GM may need to shut down its U.S. factories for an extended period due to the coronavirus outbreak. Concerns about U.S. relations with China, where GM has a massive presence, likely added to the selling pressure. 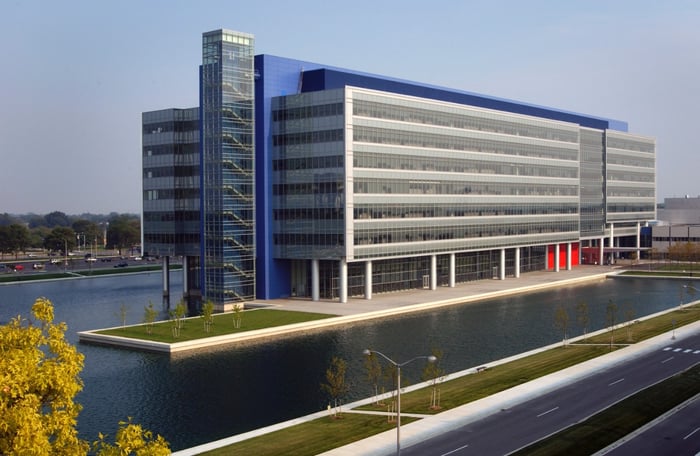 GM's technical center in Warren, Michigan was shut down for deep cleaning after an employee tested positive for the COVID-19 virus. Image source: General Motors.

Here are the stories that are likely affecting GM's stock price on Tuesday afternoon.

Ford and Fiat Chrysler have both begun shutting down plants in Europe in response to the growing epidemic there. It's quite possible that they and GM will follow suit shortly in the United States -- especially if the UAW pushes the issue.

All three automakers have already been hit hard by the virus pandemic, but U.S. factory shutdowns would lead to massive additional losses for GM and its U.S. rivals. Any disruption of GM's China operations would only add to the pain.

For auto investors, it's a sobering moment.