Increased cases of COVID-19 are forcing the closure of almost every public gathering place. That's sending investors fleeing from these three stocks.

At this writing, all the major stock indices are falling sharply; the Dow Jones Industrial Average is down 10.4% and the S&P 500 down more than 9%. Today's sell-off means both benchmarks are once again down more than 30% from their 2020 highs.

Today's sharp turn downward for the market is being driven by increased cases of COVID-19, the illness caused by ;the novel coronavirus that's grinding the global economy to a halt. Global cases have topped 200,000, and government agencies are acting to restrict activities that could increase the rate of spread. 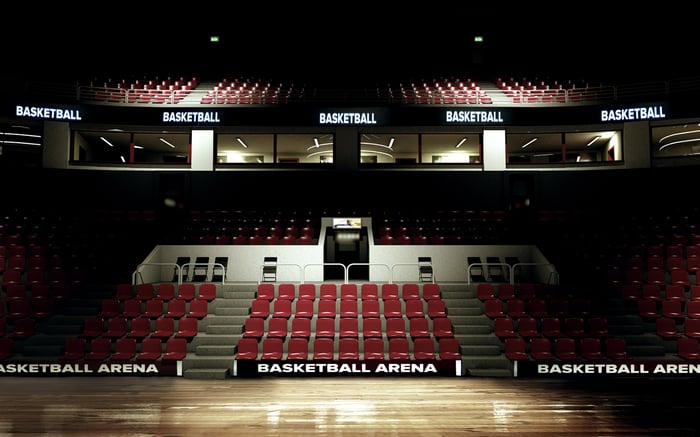 A number of counties in major metropolitan areas have announced bans on public events, required bars, clubs, and other businesses that involve public gathering to close their doors, and required restaurants to shift entirely to delivery and take-away services.

Needless to say, that's particularly bad news for companies like Disney, Live Nation, and Planet Fitness. Disney had already announced the closure of its theme parks and halting of its cruise operations, and its ESPN and Fox Sports networks will lose millions in revenue from the cancellation of essentially every major sporting event for the foreseeable future.

Planet Fitness and Live Nation Entertainment are facing even more dire risk of lost business. Planet Fitness saw 10% of its revenue at risk from the forced closure of gyms in just three states earlier this week, and more bans around the country have happened since. Live Nation had suspended all concerts through the end of March earlier this month, and its very likely those suspensions will last much longer, potentially into the summer.

The global economy is grinding to a halt, and all three of these companies will suffer to some degree -- particularly Planet Fitness and Live Nation, which don't have the same diversity of revenues as Disney (which will likely see some segments do better as people spend for in-home entertainment).

But before you race to the "sell" button in your brokerage account, it's important to apply some historical context, and think about stocks appropriately. Yes, the coming months could get worse before they get better, but when we look out later this year and into 2021 and beyond, live events will return to normal. And that normal will almost certainly include millions of people going to concerts, Disney theme parks, sporting events, and yes, even the gym.

And when you look at things through that same historical lens, it's market crashes like we are currently experiencing that always turn out the be the best times to buy. Sure, today's prices could look like big mistakes in a few weeks or a few months, but they almost certainly will look like genius investments a few years.