Fox (FOXA 2.66%) doesn't have much of a footprint in streaming video, unlike fellow media companies. After selling its stake in Hulu to Disney (DIS 3.51%) last year -- along with most of its cable networks, film studios, and other assets -- Fox's presence in streaming video is just its TV Everywhere apps and a Fox News streaming service called Fox Nation.

It's now bolstering its presence in streaming with the acquisition of Tubi, an ad-supported streaming service featuring old films and TV series. Fox will pay $440 million for the company, and it's notably funding the acquisition with the sale of its stake in Roku (ROKU 8.96%), which it acquired pre-IPO. The company unloaded its Roku shares earlier this week, and likely raised about $350 million before taxes and fees.

The divestiture in Roku and the Tubi acquisition ought to put Fox in a stronger position going forward as more consumers shift their TV time to streaming. 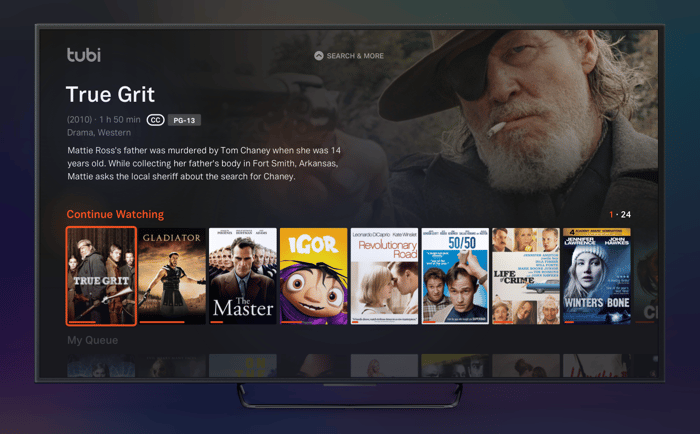 Bringing more to the negotiating table

Fox faced a challenge earlier this year when its contract with Roku was set to expire just before the network aired the Super Bowl. Consumers that wanted to stream the game on their Roku devices would have been blacked out on Fox's TV Everywhere apps were it not for a last-minute agreement.

The main contention between Fox and Roku was how much ad inventory Roku would take in Fox's apps. While the terms of the two companies' agreement weren't disclosed, Roku showed tremendous strength by at the very least forcing Fox back to the drawing table.

Disney, by comparison, likely had the upper hand on Roku and other streaming platforms like Amazon's (AMZN 3.66%) Fire TV. When Amazon butted heads with Disney ahead of the launch of Disney+, Disney was able to rely on its existing subscriber bases for Hulu and ESPN+ and its known demand for Disney+ to push back.

Adding Tubi to its portfolio gives Fox more firepower when it comes to negotiations with Roku and Amazon. Tubi has 25 million unique viewers, and Fox says those viewers stream 160 million hours per month. While that's not huge engagement, it certainly expands Fox's streaming audience and ad-supported hours. For reference, the average Roku user streams over 100 hours per month.

Fox also has plans to beef up Tubi's engagement. It's considering adding its own content to the platform. "FOX will evaluate opportunities to expand the Tubi offering not through original content, but rather in a cost-effective manner by leveraging our expertise in national and local news and sports programming," the company said in a press release.

The growth of connected-TV advertising is a huge opportunity for media companies. And as ad dollars shift from traditional TV to digital video, Fox is particularly at risk of missing out because it's now much more reliant on TV advertising than before its deal with Disney.

One reason Tubi may have been eager to sell is that content is getting harder and more expensive to buy. The company planned to spend $100 million on content this year, licensing primarily from other major media companies.

But as those media companies launch their own streaming services, they may be inclined to retain the streaming rights to a lot more content instead of shopping them around the secondary market.

Fox's ability to engage consumers with more of its own content on Tubi will be a key strategy to keeping the ad-supported service as part of the rotation of supplementary streaming options in consumers' lineups. The company's plans for keeping viewers engaged beyond licensed content should become more clear after the company seals the deal. Management says it should close next quarter.