Please ensure Javascript is enabled for purposes of website accessibility
Log In Help Join The Motley Fool
Free Article Join Over 1 Million Premium Members And Get More In-Depth Stock Guidance and Research
By Beth McKenna - Updated Mar 20, 2020 at 11:40AM

The pursuit of a COVID-19 vaccine and antiviral therapies, the Defense Production Act, and using cruise ships as makeshift hospitals were among the topics covered in the briefing.

Along with taking a huge toll in terms of human suffering and death, and upending everyday life, the novel coronavirus pandemic has caused extreme turbulence in the stock market. Investors are naturally concerned about the magnitude of the economic fallout from the crisis.

Last week, all the major indexes entered bear market territory – defined as a drop of at least 20% from a recent peak -- ending the 11-year bull market. As of Thursday, the S&P 500 is down 29% from its all-time high reached in mid-February.

President Donald Trump and his coronavirus task force, headed by Vice President Mike Pence, have been holding frequent press briefings on the country's efforts to fight COVID-19, the disease caused by the virus.

Here are three key things from Thursday's coronavirus briefing -- which lasted about 79 minutes -- that investors should know. 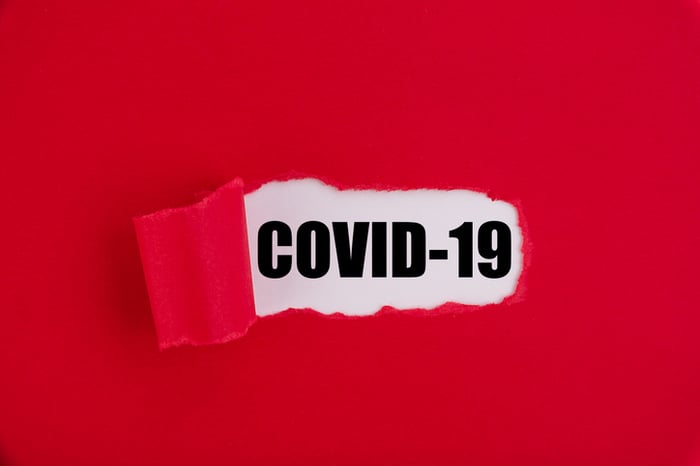 1. Companies mentioned by name or by reference

Some of the companies mentioned by the President or an official involved in the briefing include biotechs Moderna (MRNA 0.70%) and Gilead Sciences (GILD 0.80%), generic drugmaker Mylan (MYL), and cruise line operator Carnival Corporation (CCL 12.44%).

Moderna was mentioned by reference, as Trump said that earlier in the week (Monday, to be exact) the first clinical trial began for a vaccine candidate for COVID-19. Moderna is starting its phase 1 clinical study in the race to develop a vaccine.

Trump and Food and Drug Administration (FDA) Commissioner Stephen Hahn talked about the pursuit of antiviral therapies to help reduce the severity and duration of coronavirus symptoms. Two companies of note here are Mylan and Gilead. Mylan is ramping up production of antimalarial drug hydroxychloroquine as a potential COVID-19 treatment. Gilead's experimental drug remdesivir also shows promise as a treatment.

Carnival was mentioned by Trump who said that he had just spoken with its CEO Micky Arison who's "going to make ships available" to be used as makeshift hospitals for coronavirus patients if needed. On the topic of Carnival and other cruise lines -- whose vessels acted as giant floating petri dishes for the virus -- should investors dive into their battered stocks? Cruise line stocks could be in for rough seas for some time.

2. Trump could use the power granted by the Defense Production Act

Trump said that he would use the power granted by the Defense Production Act to "help facilitate distribution of essential supplies, if necessary." He could force manufacturers to produce the medical equipment and supplies necessary in the fight against the coronavirus and give them to the government to distribute. This might include ventilators, masks, gloves, and other items that are already in short supply or could be so as the number of U.S. COVID-19 cases climbs.

The Defense Production Act is a wartime Act, first approved by Congress in 1950 during the Korean War.

3. The federal government could take an equity stake in certain companies

When asked by a reporter if he "supports the idea of the government taking an equity stake in certain companies," Trump said, "I do."

When pressed about which companies, he wouldn't say. But he did add that maybe he views companies that used their money to buy back shares of their stock differently [as in a more negative light] than those that didn't do so and spent money building plants across the U.S. Airlines, aircraft manufacturing behemoth Boeing (BA 5.64%), and other companies that have been hit hard by the fallout from the coronavirus want federal financial assistance or bailouts. Many of these companies have done stock buybacks.

Companies often buy back shares of their stock when they believe it's undervalued. That lessens a company's total number of shares outstanding, which boosts its earnings per share (EPS).