Please ensure Javascript is enabled for purposes of website accessibility
Log In Help Join The Motley Fool
Free Article Join Over 1 Million Premium Members And Get More In-Depth Stock Guidance and Research
By John Rosevear - Mar 24, 2020 at 10:51AM

The market is rising, and Ford is helping to fight the coronavirus.

Shares of Ford Motor Company (F 0.23%) were up sharply on Tuesday morning, on optimism about the U.S. economy and after the company announced a series of efforts to produce urgently needed equipment to fight the coronavirus pandemic.

In an early morning press conference, Ford, together with executives from 3M (MMM -1.27%) and the healthcare division of General Electric (GE -0.99%) announced a series of efforts to increase production of hospital ventilators and protective equipment. 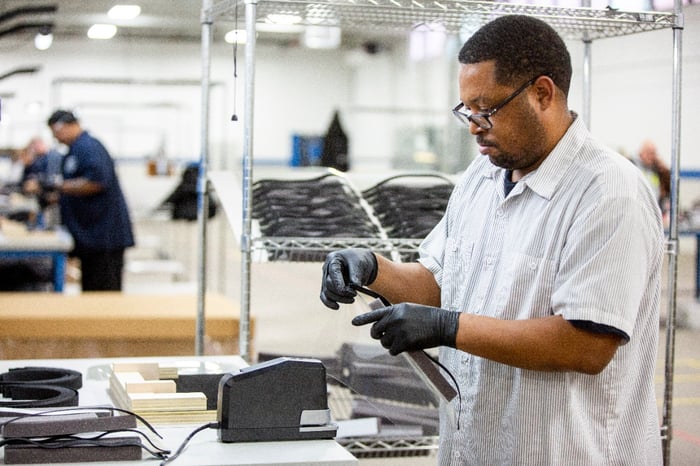 These are worthy efforts that will help front-line responders while winning some goodwill for the Blue Oval. That said, investors should keep in mind that these efforts -- even if Ford gets paid for them, which it might not -- won't come close to replacing the production it will lose while its factories in North America and Europe are closed.

But Ford should have more than enough cash to weather the shutdown, and these efforts are the right kinds of things for the company to be doing now.