Please ensure Javascript is enabled for purposes of website accessibility
Log In Help Join The Motley Fool
Free Article Join Over 1 Million Premium Members And Get More In-Depth Stock Guidance and Research
By Leo Sun - Mar 25, 2020 at 7:46AM

AT&T's (T 0.56%) stock recently tumbled after the company suspended all of its buyback plans to "maintain flexibility and focus" throughout the novel coronavirus (COVID-19) crisis.

AT&T repurchased $2.1 billion of shares in 2019 and originally planned to spend an additional $4 billion on two accelerated share buyback plans. Investors clearly weren't pleased with the news, but I think it was a smart move that will shield the stock's dividend.

Why AT&T changed its buyback plans 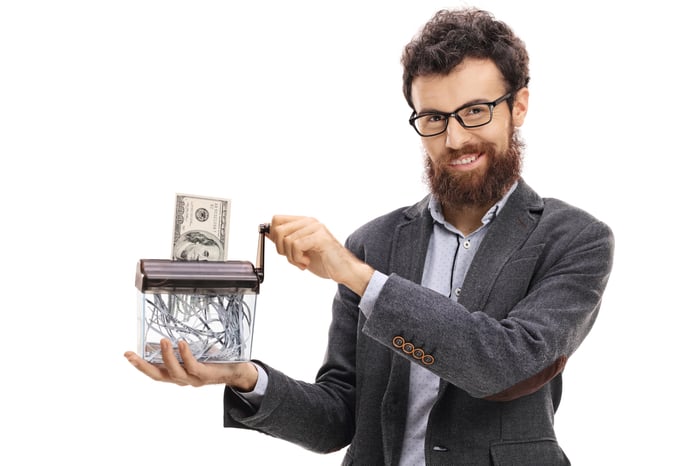 However, the coronavirus outbreak is now applying tremendous pressure on the WarnerMedia segment, which generated nearly a fifth of the company's revenue last quarter, at a critical time. Warner Bros.' theatrical releases have been delayed, and AT&T's streaming ecosystem (HBO Max, AT&T TV, and other services) hasn't gained enough momentum to challenge entrenched players like Netflix.

Meanwhile, AT&T's wireless business remains sluggish, and it's still losing pay-TV subscribers. Delayed launches for new phones could curb its growth in new wireless subscribers, while macro headwinds could prevent it from divesting non-core businesses to tame its massive long-term debt of $164 billion.

In short, there are better ways to spend billions of dollars than buybacks. AT&T stated that it was still too early to gauge the full impact of the pandemic on its business but noted that it would continue to invest in "serving our customers, taking care of our employees, and enhancing our network, including nationwide 5G."

Many investors would head for the exits if AT&T slashed or suspended that dividend, since it generates anemic growth on its own. Analysts expect the company's revenue and earnings to each rise less than 1% this year -- and those forecasts don't fully reflect the fallout from the pandemic yet. 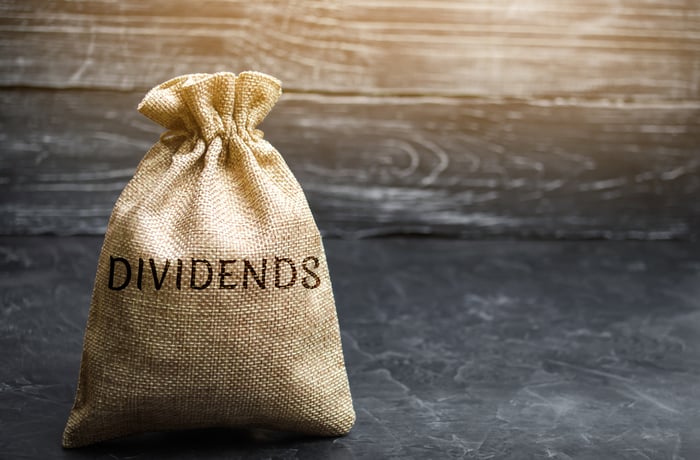 Over the past 12 months, AT&T spent approximately 51% of its FCF on dividends but just 7% on buybacks. During last quarter's conference call, AT&T CFO John Stephens stated that the company was aiming for a payout ratio in the "low 50s" in fiscal 2020. Therefore, cancelling its plans to boost buybacks gives it more breathing room to raise its dividend, while keeping its payout ratio in the target range.

The buyback plan was overrated

In theory, buybacks boost shareholder value by reducing the number of outstanding shares, which increases a company's earnings per share and tightens up its valuations. But in reality, many companies overpay for their own shares and use buybacks to inflate their earnings growth and offset dilution caused by stock-based compensation plans.

For example, AT&T bought back 56 million shares in 2019, but its average purchase price of $38.13 is over 40% higher than its current price. Meanwhile, its outstanding share count only dipped 0.4% -- which doesn't seem like a great use of over $2.1 billion.

It would have made more sense to spend that cash on reducing its debt, accelerating its streaming efforts, or ramping up its marketing efforts in its ongoing wireless battles against Verizon and T-Mobile, which is getting ready to close its mega-merger with Sprint.

AT&T currently pays a whopping forward yield of 7.8%, while Verizon only sports a 4.9% yield. AT&T's yield is higher, because its stock tumbled further than Verizon's during the recent market sell-off, presumably due to its higher exposure to the media sector. However, AT&T's high yield should set a floor under the stock at these levels. AT&T made the right decision to abandon its buyback plans, and that move should protect its generous dividend for the foreseeable future.