It's the first time the company has disclosed cases.

Two Tesla (TSLA -0.57%) employees have tested positive for COVID-19, according to an email sent to company employees on Thursday morning and reported on by various outlets.

The two employees are staff members, not production workers, and had been working from home for almost two weeks, according to the memo. They were reportedly not symptomatic when they were last in the office. 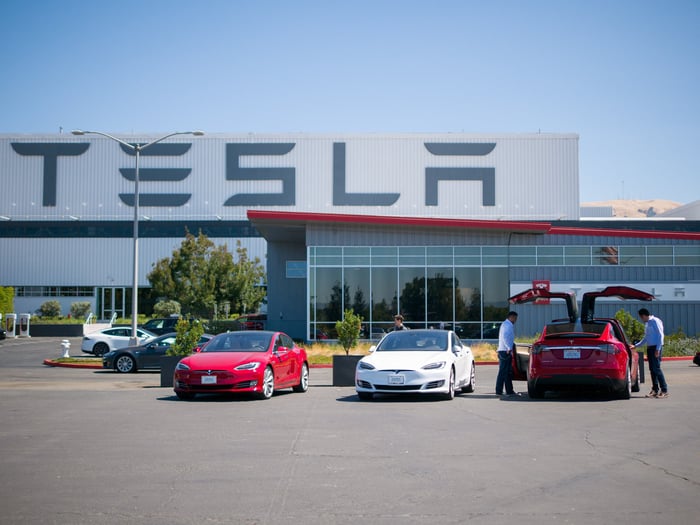 Tesla's factory in Fremont, California. The factory was shut down on Monday. Image source: The Motley Fool.

Both are quarantined at home and recovering well, according to the email. The message was apparently sent by Laurie Shelby, a vice president in Tesla's environmental and safety department.

This is the first time that Tesla has disclosed cases of COVID-19 among its employees.

CEO Elon Musk fought to keep Tesla's factory in Fremont, California, open, repeatedly downplaying the implications of the COVID-19 pandemic even as General Motors (GM -3.40%), Ford Motor Company (F -1.25%) and other large automakers moved to shut down their manufacturing facilities throughout North America.

Musk initially defied a shutdown order from county officials, eventually relenting and agreeing to close the factory on March 23.

For Tesla, the coronavirus pandemic is unfortunately timed: The company is in the midst of launching its long-awaited Model Y, a crossover SUV based on its top-selling Model 3 sedan.

Tesla has traditionally rushed to fill orders during the last few weeks of a quarter, mounting all-hands efforts to meet or beat the expectations of Wall Street analysts. That effort is being complicated by stay-at-home orders in many parts of the United States and Canada now.