Leadership transitions and forced production suspension have been challenges.

Harley-Davidson (HOG 1.01%), the iconic American motorcycle maker, has been struggling with strategy and product for some time. Its heavily marketed electric motorcycle LiveWire fell flat last year, the company's strategies to appeal to a younger demographic aren't working, and growth in China has been disappointing.

The shares have been sinking steadily from $63.40 in March 2017, to $16.22 in March 2020, a drop of 74%. But the downhill slide really picked up speed last month, when the stock price decreased 38%, according to data provided by S&P Global Market Intelligence.

Then, after discussions with the board, CEO Matt Levatich resigned in the last days of February, and the stock market's reaction continued well into March. Uncertainty surrounding the company's future direction and leadership took a heavy toll. 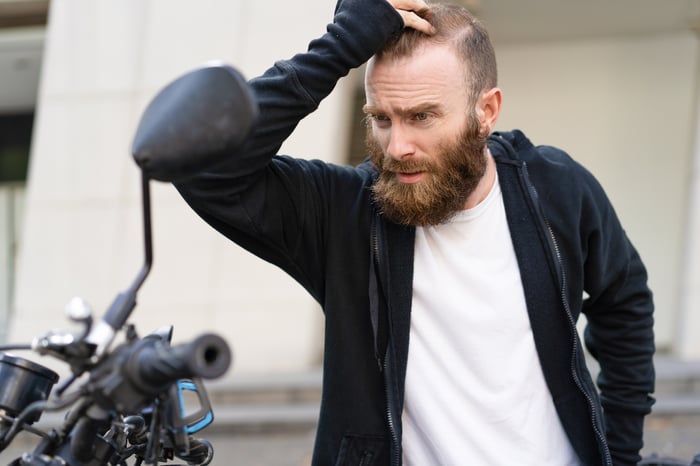 When production is suspended, sales drops inevitably follow. This was a disappointing story to start with, but coming back from the coronavirus crisis will be daunting for Harley-Davidson.

Jochen Zeitz was named acting president and CEO, and has his work cut out for him. He's only in the role temporarily until the board finds a permanent replacement, but could help Harley-Davidson get back on the road.

Zeitz has valuable experience. In 1993, at the age of 30, he became the CEO of Puma, which was on the brink of bankruptcy. He turned the business around and made it into a thriving sport apparel brand. From there, he moved on to Kering, the luxury goods conglomerate that eventually bought Puma.

He has been on the Harley-Davidson board since 2007. Whether he has any interest in staying on at Harley-Davidson, or if the post will even be offered to him, remains to be seen.

For the moment, Harley-Davidson is in limbo as production is shut down indefinitely, leadership is in transition, and future strategy is a question mark.

The company's price-to-earnings (P/E) ratio stands at 5.6, compared to the industry's 15.13. While some companies' P/Es have been unfairly reduced due to the recent overall market dive, Harley-Davidson's has not.

Even before March events Harley-Davidson's results were negative. Year over year, 2019 revenue dropped 8%. Adjusted diluted earnings per share declined from $3.78 to $3.36, or 12.5%.

Investors should consider steering clear of this company. There is nothing compelling in the current Harley-Davidson story to indicate lasting changes are coming to rescue the company. Perhaps one day there will be, but not now.