Flagship smartphones might miss the holiday season in 2020, and that's bad news for the makers of their internal components.

The first three companies all supply parts to iPhone manufacturing lines, and they often amplify the larger company's market moves. The dark cloud hanging over the smartphone market in March was the COVID-19 pandemic.

In early March, it started to look like the next iPhone model would be delayed by the coronavirus crisis. If mighty Apple is having infrastructure issues, you can bet that the leading Android phone makers are experiencing delays as well. A late release could cause Apple to miss the all-important holiday shopping season, perhaps pushing the next iPhone model all the way into 2021. That would be uncomfortable news for component makers, some of which already struggled in early 2020 due to the trade tensions between Washington and Beijing. 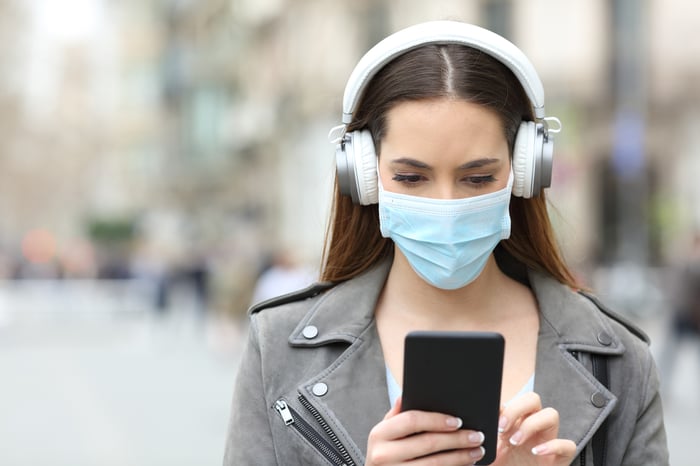 This virus-based delay comes at a particularly unfortunate time since the wireless industry was hoping for a great year, rolling out infrastructure and flagship phones supporting 5G networks. Qualcomm happens to be a leading developer of 5G technologies, and the phone-screen specialists would benefit from a broad wave of handset upgrades.

The next few quarters will be difficult for smartphone stocks, separating the long-term winners from more short-lived success stories. Corning and Qualcomm were dealing with heavy debt loads and muted revenue growth before the COVID-19 crisis started, and those issues can only be amplified by a much weaker business environment. Universal Display, on the other hand, has the luxury of running a lean business model with $656 million of cash on hand and zero long-term debt.

I'm sure that industry giant Qualcomm and 169-year-old business veteran Corning will find a way through this dark time, but it won't be easy. Universal Display's return to full health looks much simpler and well-nigh guaranteed. All three are trading at serious discounts to their 52-week highs, but Universal Display is the only one I would be tempted to buy today.