No tickets, no revenue. No revenue, no rent.

It's been three weeks now since cinema chain AMC Entertainment (AMC 5.26%) (and its rivals Regal and Cinemark, too) closed all their theaters in response to government recommendations against gatherings of more than 10 people in light of the COVID-19 pandemic.

It's been one week since AMC said it hopes it will be able to reopen for business by mid-June -- but began retaining bankruptcy lawyers in case it can't. Now comes the latest installment in this saga of a movie theater chain in crisis: AMC will stop paying its rent. 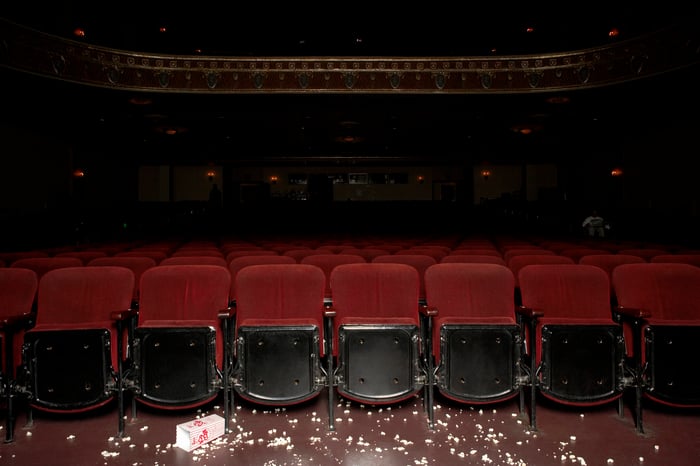 AMC broke the bad news to its landlords in a letter dated March 27, and reported by movie industry journal Deadline last night. As the letter explains, "AMC temporarily suspended operation of all of its theatres in the United States ... on March 17, 2020 in response to circumstances beyond AMC's control and specifically the COVID-19 pandemic ... and in compliance with various federal, state and local government mandates."

While necessary to stop the spread of the coronavirus, the move left AMC without any incoming revenue.

"Without revenue from its theatres," the letter continues, "AMC will cease paying rent and charges under the lease effective as of April 1, 2020."

That's hard news for the landlords, no doubt, but AMC attempted to soften the blow by reassuring that it "intends to reopen its theatres as soon as possible after it is safe to do so," and "looks forward to getting back to business as usual," which would presumably include paying its rent. In the meantime, AMC tells its landlords it "intends to advocate at the federal level for appropriate relief for the theatre ... and real estate industries."

The clear implication: We're all in this together.