Please ensure Javascript is enabled for purposes of website accessibility
Log In Help Join The Motley Fool
Free Article Join Over 1 Million Premium Members And Get More In-Depth Stock Guidance and Research
By Leo Sun - Apr 9, 2020 at 8:25AM

The online dating giant still has room to run after generating multibagger returns for early investors.

Match Group (MTCH) has been a robust growth stock since its IPO in 2015. The parent company of Tinder, OKCupid, and other popular dating apps went public at $12 per share, and the stock surged seven-fold to a high of over $90 earlier this year.

Match impressed investors with its first-mover advantage in the online dating market, its diverse portfolio of market-leading apps, and its steady stream of high-margin subscription revenue. Its stock dipped during the coronavirus-induced sell-off, but shares are still up 30% over the past 12 months as the S&P 500 slipped 6%. That resilience is impressive, but can Match withstand the incoming macro headwinds and deliver millionaire-making returns? 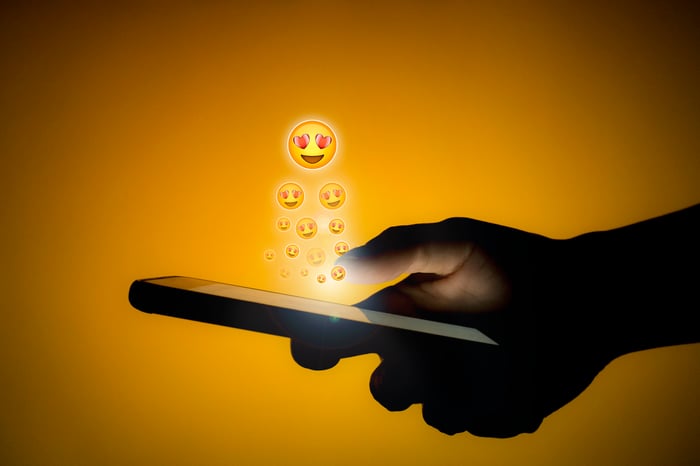 How does Match make money?

Match was spun off from media and internet giant IAC (IAC), which plans to fully divest its stake in Match by the second quarter of 2020. Match generates most of its revenue from paid subscriptions for its apps, and just a sliver comes from online ads. Its biggest app is Tinder, which popularized the mechanic of swiping left and right on potential matches. 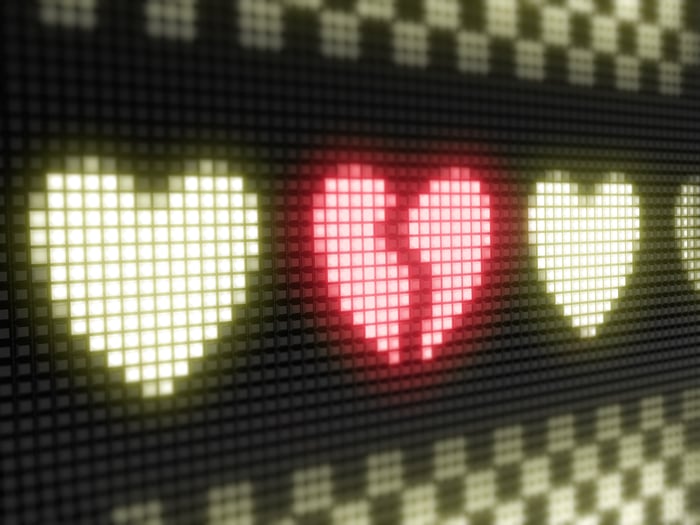 Match's number of paid subscribers across all its apps rose 19% annually to 9.8 million last quarter. Within that total, Tinder's subscriber base grew 36% to 5.9 million.

Tinder's basic paid tier, Tinder Plus, costs $10 per month in most markets for users under the age of 30. It adds the ability to undo swipes, swipe overseas, use "super likes" to get another user's attention, and "boost" the visibility of a profile. Its premium tier, Tinder Gold, is a $5 upgrade for Plus members which curates "top picks" and lets users see who likes them.

Over 70% of Tinder's users have upgraded to the Gold tier since its launch in 2017. That revenue-boosting transformation was spearheaded by Sharmistha Dubey, a company veteran who succeeded Mandy Ginsberg as the company's CEO in early March.

Match's other apps are also locking in users. OKCupid and Hinge, in particular, are gaining momentum in international markets like Europe, India, and Japan. The expansion of this ecosystem continually widens Match's moat against rivals like Facebook, which challenged Match with opt-in dating features last year.

How fast is Match growing?

Match's revenue and earnings growth decelerated significantly last year, but it faced tough comparisons to the ramp-up of Tinder Gold throughout 2018.

Back in early February, Match's guidance called for 17% to 19% annual revenue growth in the first quarter of 2020, and "mid to high-teens" revenue and adjusted EBITDA growth for the full year.

But in late March, Match warned that its first-quarter revenue growth would come in at the "low end" of its previous forecast as the COVID-19 pandemic spread. Management stated its second-quarter revenue would still rise annually (but dip sequentially), and that it was still "premature" to revise its full-year guidance.

Yet usage of Match's apps rose throughout the crisis, as the company observed that "existing users, particularly under age 30, are increasingly turning to our products to cope and connect." Tinder's conversations and conversation length also rose 10% to 30% since the outbreaks started, as messages on Hinge (which recently added a video dating feature) jumped 30% in March.

It noted its business "largely remained intact" in countries with contained outbreaks (including Japan and South Korea) but warned it was signing up fewer new users, especially over the age of 30. This mixed outlook suggests Match is at least partially insulated from the fiercest COVID-19 headwinds.

Could Match be a millionaire-maker stock?

Match dominates a high-growth niche with its apps, and well-funded challengers like Facebook have failed to disrupt its business. It's constantly buying smaller apps and adding new features -- like streaming videos and real-time translation features -- to its ecosystem to lock in users and widen its moat.

Match's stock is reasonably valued at 33 times forward earnings estimates, but that multiple could climb if analysts lower their expectations for 2020. Its business is likely to remain resilient throughout the crisis and continue generating impressive returns over the years for patient investors.