Please ensure Javascript is enabled for purposes of website accessibility
Log In Help Join The Motley Fool
Free Article Join Over 1 Million Premium Members And Get More In-Depth Stock Guidance and Research
By James Brumley – Updated Apr 10, 2020 at 11:49AM

The coronavirus may have temporarily slowed them down, but some businesses are built better than others to shrug off the COVID-19 contagion.

In the midst of the fallout from the coronavirus, it's difficult to envision a time when the outbreak is under control and life has returned to normal. But those days are coming. That said, consumerism may never quite be the same again, as working at home has proven viable for some, while others have come to love the convenience of online shopping. Capitalism finds a way, though, forever creating opportunities for investors.

A trio of companies that were doing quite well before the COVID-19 disruption took hold are still positioned to dish out serious growth once the outbreak starts to lessen. In fact, one of them may even fare better than expected specifically because of the coronavirus. 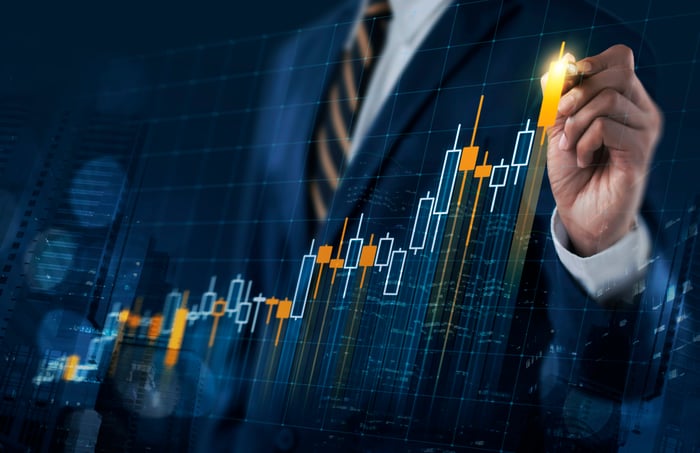 If you've never heard of 58.com (WUBA), don't sweat. Hardly anyone reading this is likely to have stumbled across it, either. That's because it's a Chinese company primarily serving the Chinese market, most akin to North America's online classified listings platform Craigslist.

58.com has conceded that the coronavirus outbreak in China has hurt its business. But, like so many other businesses, it will be able to regroup and restart, most likely picking up where it left off. That's a good thing, too: Last year's sales were up nearly 19%, mirrored by similar growth in net income. It's not jaw-dropping growth, but for an organization that's been in business since 2005, that's a respectable pace.

A recent twist has made things even more compelling. 58.com reported last week that it has received an acquisition offer for the entire company. The board didn't say it intended to take the offer, or even entertain it. But the interest alone speaks volumes about the plausible future of the company. It could also start a bidding war among prospective buyers, or at least prompt a better counteroffer, both of which stand to boost the price of shares in the meantime. 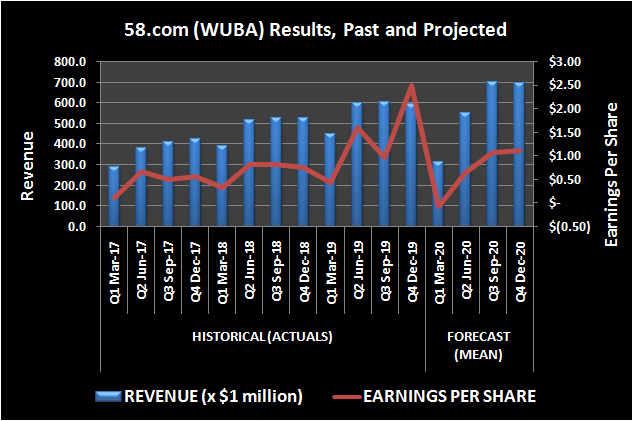 Exact Sciences (EXAS -2.74%) is best known for its work in cancer detection and diagnostics. Its claim to fame is its Cologuard colorectal cancer test, which can be performed in the privacy of one's own home.

Cologuard was approved by the U.S. Food and Drug Administration (FDA) in 2014 as the first and only DIY stool/DNA screener, and the product is still driving tremendous sales and earnings growth. Fourth-quarter revenue improved 60% year over year to $296 million, with Cologuard accounting for the vast majority of that top line and its expansion. Analysts are looking for a similar growth pace going forward, which will shrink in percentage terms as the mathematical comparisons swell. They're not looking for absolute growth to slow anytime soon, however.

Where Exact Sciences is really making major progress, though, is on the bottom line. Increasing demand for Cologuard has finally created enough scale to support margin expansion well in excess of the pace of sales growth. It probably won't be enough to push the company into the black this year or next, but the trajectory has analysts modeling a big swing to profitability in 2022.

And, importantly, Exact Sciences has been helpful for patients who are presently stuck at home, interacting with doctors using remote telehealth services. This format of primary care delivery lends itself to Cologuard's most marketable strength: Its test doesn't require a visit to an actual doctor's office.

Notice that the company's most recent earnings figures have been particularly strong, coming in much better than analysts expected. That crowd may be underestimating profits in the foreseeable future as well. 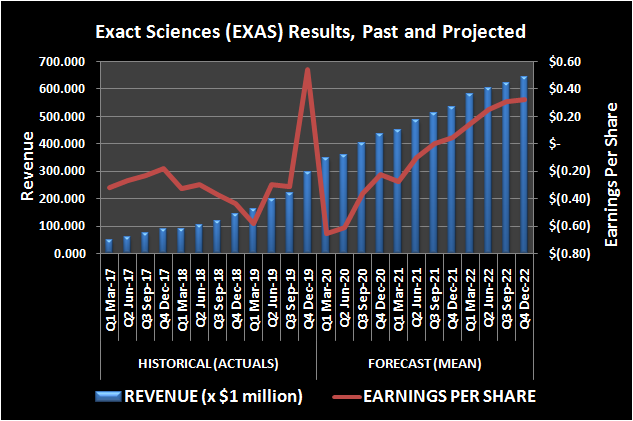 Finally, add Tandem Diabetes Care (TNDM 0.21%) to your list of high-growth stocks to consider that may be immune to the social and economic effects of the coronavirus outbreak.

Tandem Diabetes Care, as the name suggests, provides self-care solutions for diabetics. Namely, its t:slim X2 insulin pump, when used in conjunction with its Control-IQ Technology software, effectively acts like an artificial pancreas of sorts.

Even before the company announced in December that Control-IQ worked with other manufacturers' insulin pumps, the company was driving significant sales growth with the t:slim X2. Last year's unit sales of pumps were up 113%, driving a 97% increase in revenue. And as with Exact Sciences, strong sales growth for Tandem is driving even more growth on its bottom line. That top-line growth should moderate this year, but the profit-margin boom is expected to persist at least through 2022, when the company is modeled to earn an operating profit of $0.72 per share. That's a huge swing from last year's loss of $0.42 per share.

The company isn't resting on the laurels of the t:slim X2 pump and the Control-IQ Technology software, though. Last month, Tandem Diabetes Care announced that its Basal-IQ technology platform has also been approved by the FDA as another interoperable device (which the FDA defines as one that has "the ability to share information across systems and platforms"). This time, the tech is an automated glycemic controller that works with hardware made by other device manufacturers. The flexibility of its technology translates into a long growth runway to a global diabetes device market that the market researchers at Mordor Intelligence believe is worth on the order of $70 billion per year. 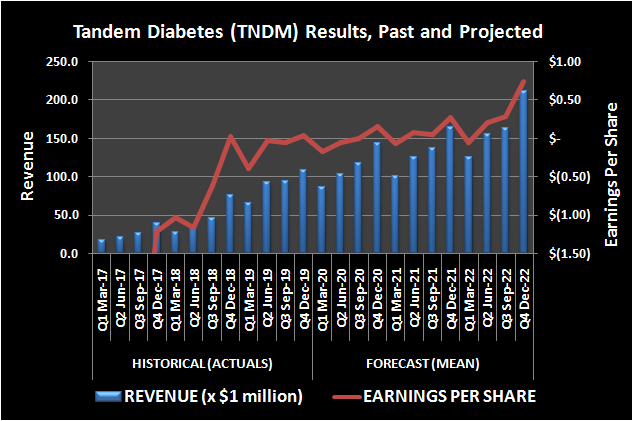