These three developmental-stage pharma stocks are attracting some of the smartest investors right now.

Keeping tabs on the quarterly activity of billionaire superinvestors can be a great way to unearth hidden gems, or perhaps avoid potential potholes. Billionaires, after all, are rich for a reason. When it comes to the complex but rewarding area of healthcare, Baker Brothers Advisors, a hedge fund run by billionaire brothers Felix and Julian Baker, is without question the best in the game at picking big winners in this volatile sector.

While Felix and Julian Baker haven't always been spot on with their healthcare stock picks, they have hit the jackpot numerous times over the years. Some of their best picks to date include top growth stocks like Axsome Therapeutics, Exact Sciences, and GW Pharmaceuticals plc. So when the Baker Brothers start to pour money into a little known healthcare company, it's probably a good idea to take note.

Which relatively unknown stocks have the Baker Brothers been quietly gobbling up in 2020? The fund recently disclosed massive buys in Aurinia Pharmaceuticals (AUPH 2.19%), Kodiak Sciences (KOD -2.13%), and Zymeworks (ZYME -0.98%). Are these biotech growth stocks suitable for everyday investors? Let's dig deeper to find out. 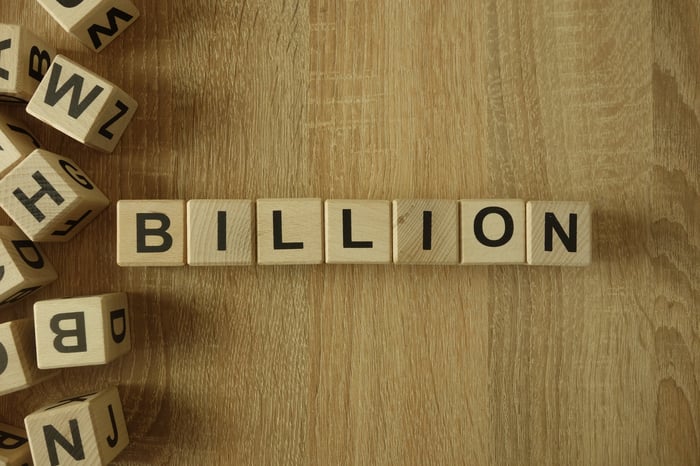 Aurinia's shares were up by nearly 200% before the COVID-19-induced sell-off. The company's stock has been blasting higher of late in response to the strong showing of its experimental lupus nephritis drug, voclosporin, in a pivotal stage trial. Lupus nephritis is characterized by swelling of the kidneys in patients, mostly women, afflicted with the autoimmune disorder systemic lupus erythematosus.

By Aurinia's own estimates, voclosporin would target around 220,000 patients in the United States for this first indication. However, the company also has plans to eventually broaden the drug's label to include both dry eye syndrome and focal segmental glomerulosclerosis, another kidney ailment.

The key info is that voclosporin could generate peak sales of approximately $770 million as a treatment for just lupus nephritis. But if Aurinia can successfully add on these two other indications, the drug's peak sales may even top $1.6 billion by the end of the decade. That's quite a haul for a company with a market cap of $1.7 billion at present.

What's the opportunity? From an organic sales standpoint, Aurinia's growth story may take a few years to kick into high gear. Most early-commercial-stage biopharmas, after all, tend to struggle to generate sales right out of the gate because of a lack of infrastructure, networking experience, and limited financial resources.

The good news is that Aurinia will probably never have to worry about the commercial side of the equation. Aurinia should either attract an eager marketing partner or a full-on takeover bid within the next 12 months, assuming voclosporin sails through its upcoming regulatory review in the United States.

That's not a guaranteed outcome, to be sure. But voclosporin is exactly the type of well-differentiated, high-value asset that tends to attract buyers in the world of pharmaceuticals. So if you're comfortable with the risk associated with binary regulatory decisions, Aurinia's stock should definitely be on your radar right now. This stock could easily double by the end of the year, after all.

Kodiak Sciences was one of the best-performing stocks last year, thanks to its experimental wet age-related macular degeneration drug KSI-301. In fact, KSI-301's early-stage results were so impressive that the Baker Brothers decided to strike up a $225 million capped royalty deal with Kodiak. That's certainly an unusual development for a drug that's still a few years away from reaching the market. But it does underscore KSI-301's enormous commercial potential. In short, this experimental eye medication could possibly rack up $3 billion to $4 billion in annual sales by 2030.

What's the big deal? Most commercial-stage biopharma stocks trade at no less than three times the peak sales estimates of their flaghship products. So on the low end, Kodiak's shares appear more than capable of gaining another 300%, from current levels, within a few short years. Now, there is still quite a bit of clinical and regulatory risk on the table with this stock. But Kodiak's jaw-dropping upside potential should definitely appeal to the risk-tolerant crowd.

Zymeworks designs and trials cancer-fighting antibodies. The company's shares have been soaring over the past year because of a number of top-flight partnerships with several big pharmas, a large equity financing that shored up its balance sheet, and the steady progress of its lead HER2-positive cancer therapies called ZW25 and ZW49, respectively. Still, Zymework's shares may be an outright steal at current levels, even after the stock's recent run. Point blank: The company's market cap of $1.72 billion doesn't reflect the ginormous commercial potential of its clinical pipeline in any way.

What's the risk? Zymeworks is targeting a number of hard-to-treat malginancies, and its pipeline won't produce a commercial-stage product anytime soon. That said, the company's robust pipeline of novel antibodies could attract a suitor in the not-so-distant future. Big pharma has already shown a strong interest in the company's anti-cancer platform, after all. Driving this point home, oncology companies with well-differentiated assets in early- to mid-stage development have consistently been some of the most attractive buyout targets for a number of years now.

In all, Zymeworks is a risky biotech stock, to be sure, but the company does have a lot to offer growth-oriented investors.