Please ensure Javascript is enabled for purposes of website accessibility
Log In Help Join The Motley Fool
Free Article Join Over 1 Million Premium Members And Get More In-Depth Stock Guidance and Research
By Rich Smith - Apr 18, 2020 at 10:13AM

One of America's top space companies, and our most prolific launcher of rockets, Elon Musk's SpaceX is the talk of the town in the U.S. -- but it isn't particularly popular in Russia. In fact, Russian deputy prime minister Dmitry Rogozin, head of that country's space program, has been complaining about SpaceX and its ultra-low prices for years.

And now he's going to do something about it. 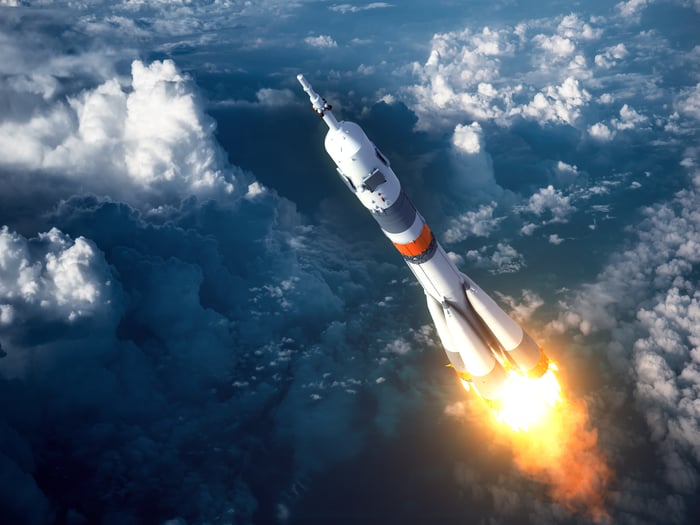 Russia makes beautiful rockets -- but do they cost too much to compete with SpaceX? Image source: Getty Images.

There's no truth in Pravda, no news in Izvestia -- but what about TASS?

12 of this year's launches will be conducted under Russia's Federal Space Program (i.e. civil government missions). Nine will be commercial launches for private customers. As for the rest, TASS doesn't say. (So they're probably military -- 10 of last year's 25 launches were military as well.)

Compare that to SpaceX, just one of America's several rocket-launching enterprises. After a busy 2018 that saw the company launch 21 times, SpaceX took a breather in 2019, launching just 13 rockets. But just like Roscosmos, SpaceX is planning for a busy year in 2020, with an estimated 36 launches on its manifest.

Yes, you heard that right. In 2020, SpaceX alone intends to launch more rockets than Russia.

How did SpaceX get so prolific? In part, this is a bit of a bootstraps story. SpaceX, as you've probably heard, is working hard to build itself a global satellite broadband internet constellation orbiting Earth -- "Starlink." To achieve this goal, fully 24 of SpaceX's 36 planned launches this year will see SpaceX carry its own satellites into orbit, making SpaceX its own biggest customer. At the same time, though, SpaceX will launch a dozen rockets carrying cargo for other customers -- three more such commercial missions than Roscosmos will launch.

And how did that happen?

Because, as alluded to above, SpaceX charges some of the lowest prices around for space launch. As a result, it's winning away business from rival space launchers such as Roscosmos (and from Arianespace in Europe, and from United Launch Alliance in the U.S., and on and on). Indeed, Rogozin blames SpaceX for the fact that its market share in "heavy" rocket launch slipped from 15% to just 6% between 2016 and 2018.

In Russia's view, of course, SpaceX is coming by all of this business dishonestly, undercharging commercial customers for their rocket launches (SpaceX's base price for a Falcon 9 launch hasn't budged since it raised it to $62 million in 2016), but charging NASA as much as four times more for government launches to make up the difference. In essence, says Rogozin, SpaceX is "price dumping" its commercial space launch services -- selling them below cost -- in order to "force Russia out of the market for space launch."

(Roscosmos isn't the only company to level this charge, by the way. Arianespace head Alain Charmeau made much the same allegation back in 2018. You can read all about that -- and why Charmeau's argument doesn't hold water -- right here.)

But whatever the merits (or lack thereof) of his argument, Rogozin is clearly upset with the fact that customers are flocking to SpaceX. And so, in his interview with TASS last week, he made a bold promise: "In order to increase our presence in international markets," Roscosmos will lower its own prices "by more than 30%"!

So what does this new Russian policy mean for SpaceX -- and for other companies that will have to compete with Russia's lowered prices for space launch, such as Airbus (EADSY -2.59%) subsidiary Arianespace and the defense giants behind United Launch Alliance, Boeing (BA -3.42%) and Lockheed Martin (LMT 0.13%)?

That depends. In order for Roscosmos to financially sustain its price reduction, Rogozin says it will need to cut its own "overhead costs and increase ... its operational efficiency." Even assuming Russia can do this, though, Rogozin didn't state a specific launch cost he will be targeting, and so it's unclear whether its new and improved prices will be low enough to compete with SpaceX.

What is clear is that the lower Russia's prices go, the harder it will be for Boeing, Lockheed, and Airbus -- all of which, like Roscosmos, are already struggling to meet SpaceX's prices -- to compete with Roscosmos as well.