Please ensure Javascript is enabled for purposes of website accessibility
Log In Help Join The Motley Fool
Free Article Join Over 1 Million Premium Members And Get More In-Depth Stock Guidance and Research
By James Brumley – Apr 28, 2020 at 6:00AM

When companies start to buy and sell the most mature names in a particular industry, they usually have a strong opinion about what lies ahead.

The basic premise made enough sense. Comcast (CMCSA -1.94%) is preparing to make a big splash in the streaming video market. Vudu was a streaming platform that arguably wasn't getting the direction it needed from parent Walmart. So, if Comcast could acquire Vudu for the right price, why wouldn't it?

The answer to the question comes to light with a closer look at both businesses. While we don't yet know the price, we do have a good idea why Comcast's Fandango unit agreed to acquire Vudu earlier this month. While Comcast's soon-to-be-launched Peacock service is subscription-based, Vudu is primarily a sales and rental platform meant to let consumers pick -- and pay for -- specific movies and TV shows. The site does offer some ad-supported entertainment, like Peacock, but it's hardly Vudu's core business.

We are now entering a sliver of the on-demand video market that's received little attention. Subscriptions paved the way, and free ad-supported video has been all the rage of late. But actually buying or renting by the movie or show? Nobody's quite sure what to make of it. That's why Comcast's control of Vudu could finally make or break the business model. 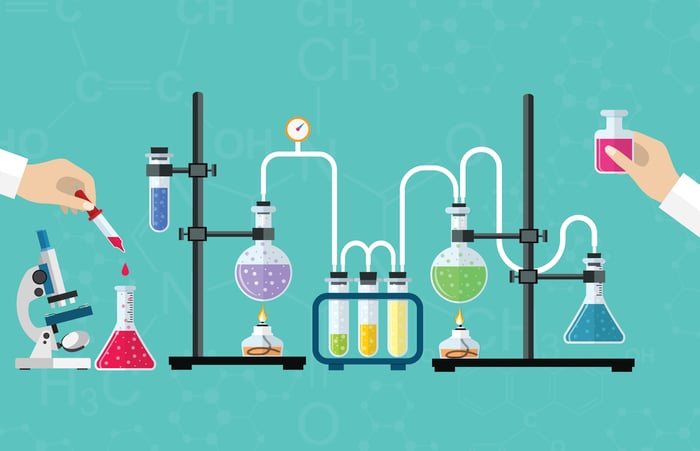 What the heck is TVOD?

It's called transactional video on-demand, or TVOD for short. Just as the name implies, it's about renting or selling permanent access to a video. Vudu sells some new-release movies for as much as $30, although most movies and entire seasons of television shows often go for less than $20, and some for under $10.

It's not quite as unusual as it seems, if you know where to look. Titans like Amazon.com and Apple are actually in the business, selling individual movies and TV show series and making them accessible to those buyers on their respective platforms. That's not the heart of either company's business, however, nor does it seem to be for anyone else.

The Digital Entertainment Group paints the picture with raw data. In 2019, consumers in the United States reportedly spent a total of $20.4 billion on at-home digital video entertainment, $15.9 billion of which was spent on subscription services like Netflix or Hulu. Only $1.9 billion was shelled out for on-demand rentals, and spending on outright purchases of non-physical video entertainment was $2.6 billion. That's less than 25% of the entire on-demand industry, not yet counting the ad-support piece of the market.

Translation: If that's the best Vudu, Apple, Amazon, and even Google can collectively do with platforms like YouTube's video purchase option or Amazon Prime's video rental service, then maybe there's just not much of a market. In fact, nScreenMedia's number-crunching of DEG's historical market data indicates the TVOD market is actually shrinking as other (and some free) alternatives make their way to the marketplace.

So what is Comcast thinking?

Good question, although a couple of footnotes are in order.

First, the Vudu deal hasn't been closed yet, although it's likely to be consummated in the near future. Second, it's technically not Comcast doing the buying -- it's Fandango, which is 70% owned by Comcast's NBCUniversal business (AT&T owns the other 30%). This makes a little bit of sense. While Fandango is perhaps best known as a place to buy movie theater tickets, it also operates a TVOD platform called FandangoNow. With Vudu in the mix, Comcast will control almost all of the transactional video on-demand market that doesn't require an Apple device or an Amazon account.

One could argue (and it wouldn't be a bad argument) that Vudu is attractive because it's got a license to distribute content that Comcast may not be able to access any other way. Vudu touts a library of more than 100,000 shows and movies for sale. Peacock isn't going to have anything close to that when it launches in July, and it may never offer that much total digital content.

The counterargument is that it remains to be seen if Vudu will continue to win permission to sell other studios' films and shows once it's out of Walmart's hands. Vudu may not have minded working with Walmart because it was an impartial partner. Comcast isn't, though. In many regards, Comcast is a competitor to the suppliers of much of Vudu's video entertainment content.

Or perhaps Comcast is counting on becoming the only major TVOD game in town, beating Apple, Amazon, and Google at a game none of them seem terribly interested in playing well. If that's the case, Comcast's gambit just might pay off.

There are no real answers at this time. That's the problem. Comcast's interest in Vudu may be savvy, or it may be a reckless deal rooted in a desire to own as much of the on-demand video landscape as possible, with the details to be sorted out at a later date.

There is one matter that is relatively clear, though: While Apple and Amazon are unlikely to give up their transactional video sales efforts because they're a means of keeping consumers in their digital ecosystems, Comcast doesn't have the same motivation. If Comcast can't make stand-alone TVOD viable with consumers one way or another, it's unlikely it or any other outfit will continue trying.