Please ensure Javascript is enabled for purposes of website accessibility
Log In Help Join The Motley Fool
Free Article Join Over 1 Million Premium Members And Get More In-Depth Stock Guidance and Research
By Billy Duberstein - May 2, 2020 at 11:05AM

Western Digital’s dividend cut may have more to do with a new CEO than dire financial straits.

On Thursday, April 30, NAND flash and hard disk storage specialist Western Digital (WDC -0.58%) reported its March quarter earnings, with an unwelcome surprise for shareholders -- a suspension of the company's $0.50 quarterly dividend. Even in the face of COVID-19, the cut was a bit of a surprise, given the company's mixed results that included a beat on revenue, a miss on earnings per share, and seemingly solid guidance for sequential growth in both revenue and profits next quarter.

Moreover, on the conference call with analysts, management pointed to strong storage demand in both cloud and client notebooks, offset by weakness in mobile; however, Western Digital isn't as big of a player in mobile. Management was also bullish on new storage-heavy gaming consoles set to be released later this year.

In light of those positive comments, it seems curious that the dividend was cut, sending shares down over 12% the following day. Yet the cut may have provided long-term shareholders with a unique buying opportunity. 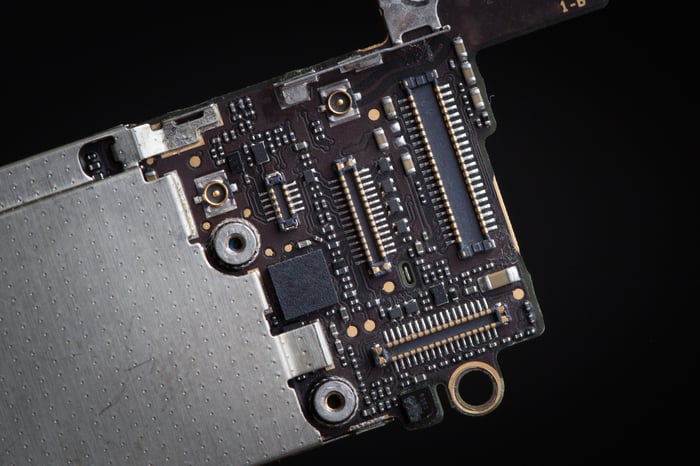 A new CEO in town

One significant point of context is that this was the first earnings report under new CEO David Goeckeler, who came to the company from Cisco (CSCO 0.52%) and was just appointed on March 5.  As a brand new CEO who can now shape his own legacy at the company, and with the COVID-19 pandemic as an added factor, Goeckler had perhaps a unique opportunity to suspend the dividend without taking too much criticism for the move. Therefore, I don't think Western Digital had to suspend the dividend; it was more a capital allocation choice by a new CEO taking a fresh look at the company.

Western Digital's dividend had already been somewhat out-of-place for the last few years, ever since the company's acquisition of SanDisk in 2016. While that acquisition might have been the right strategic move to get Western Digital into the NAND flash market, it came at a high cost, and loaded the company's balance sheet with debt. Last quarter, debt totaled $9.6 billion versus $2.9 billion in cash.

That's probably too much debt for a business as cyclical as Western Digital, which saw its operating income fall from $3.6 billion in fiscal 2018 all the way to near zero amid the U.S.-China trade war last year.

The memory business is also capital-intensive, as players race to make the most densely stacked NAND modules and highest-capacity disk drives, which grow output while lowering costs per bit. However, that innovation takes upfront capital expenditures, and Goeckeler likely wanted the freedom to invest in new growth capabilities without having to bear the nearly $600 million annual dividend payout.

Management laid out a new target of bringing down debt to at least $6 billion before reinstating any kind of capital returns. That implies another $3.6 billion of debt pay-down to go, which would be significant for Western Digital and could take several years, even with a strong memory and storage up-cycle.

Obviously, Goeckler doesn't have the baggage of having made the SanDisk acquisition, and apparently didn't like Western Digital having so much debt. Therefore, he was able to make the move with the changing of the guard.

After the sell-off, Western Digital's stock is down 35% on the year and 65% from all-time highs set back in 2015. Its 1.3 price-to-book ratio also seems rather cheap, especially if the storage upcycle holds beyond next quarter, and if the company de-risks by successfully paying down debt.

And despite the dividend cut and pandemic concerns, demand for storage in cloud data centers, notebooks and other electronic devices, along with new gaming consoles set for later this year, should be a tailwind for the storage industry for the next few years. While I don't think Western Digital is as well-positioned as some of its memory and storage competitors, it's still one of only a handful of companies that make an essential product with a long-term growth trajectory. That makes Western Digital's beaten-down stock look like a great value after the post-dividend-cut sell-off.