Please ensure Javascript is enabled for purposes of website accessibility
Log In Help Join The Motley Fool
Free Article Join Over 1 Million Premium Members And Get More In-Depth Stock Guidance and Research
By Lou Whiteman - May 4, 2020 at 12:34PM

Berkshire Hathaway bails on the airlines.

Airline shares are under pressure again on Monday after Warren Buffett over the weekend announced that Berkshire Hathaway has dumped its sizable positions in Delta Air Lines (DAL -0.36%), Southwest Airlines (LUV -0.92%), American Airlines Group (AAL -0.44%), and United Airlines Holdings (UAL -0.62%), walking away from the industry completely. 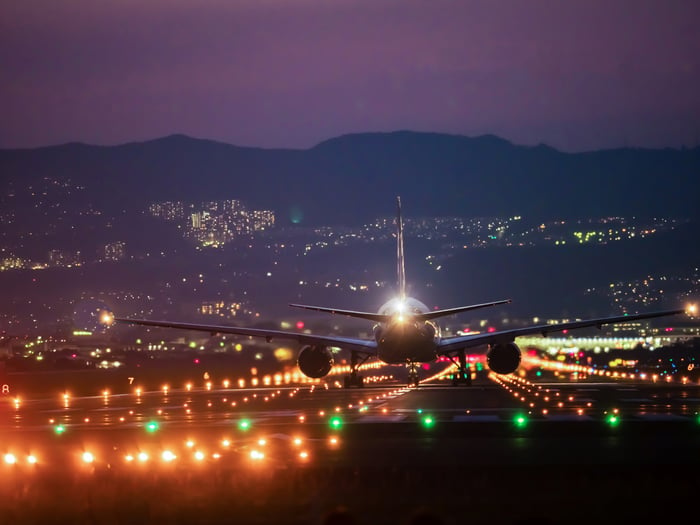 The stocks recovered some of those early losses by late morning, but it looks like another day of underperforming the market for the airlines.

As of year's end, Berkshire Hathaway was one of the largest holders of shares of all four of the major U.S. airlines, which together account for about 80% of total domestic capacity. But the COVID-19 pandemic has altered the flight trajectory of the industry, causing travel demand to plunge and leaving airlines scrambling to cut costs and avoid bankruptcy.

Buffett, speaking during Berkshire's virtual annual meeting over the weekend, said the company has exited its airline positions.

"I just decided that I'd made a mistake," Buffett said. "The world has changed for airlines, and I wish them well."

Buffett isn't telling investors anything they didn't already know: Airline shares have lost between 50% and 72% year to date. But hearing that an investor who famously advocates being "greedy when others are fearful" is throwing in the towel and taking a loss has an understandably chilling effect. 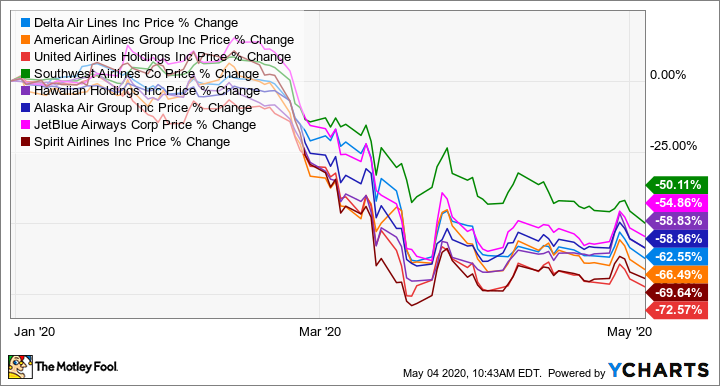 I think Buffett is correct in his overall assessment of the industry. Airline traffic is currently down 90% year over year, and the industry after reporting miserable results in the first quarter are likely to post even worse numbers in the second. While traffic should bounce back somewhat once the pandemic is contained, we are likely going to be in a recession by then, and it is unclear how much or how quickly airlines will recover.

We are likely at the beginning of a long difficult period for the airlines, where even in the best-case scenarios travel demand takes years to recover to pre-pandemic levels.

That said, I believe Buffett is painting with an overly broad brush by dumping the entire industry. Among the stocks Berkshire owned, American is the most vulnerable, due to its massive debt load, and United is troubled. But Southwest and Delta appear well positioned to survive whatever the future may bring, and for patient investors willing to ride out the storm, they offer the best opportunities.

Among the smaller carriers, Alaska Air looks like a survivor, and Spirit is both vulnerable because of its significant debt but could be well poised in a recession because it can make money by charging fares that are lower than most of its rivals. Hawaiian has a niche network and high costs due to its reliance on transpacific flying, while JetBlue does best when consumers are willing to pay up for premium accommodations and could find it tough to attract those travelers in the current environment.

If nothing else, Buffett's sales are a fresh reminder of just how deep the airline industry's wounds are. On Monday at least, a lot of investors are following the Oracle of Omaha's cue and selling out of airline positions.