Please ensure Javascript is enabled for purposes of website accessibility
Log In Help Join The Motley Fool
Free Article Join Over 1 Million Premium Members And Get More In-Depth Stock Guidance and Research
By Rhian Hunt - May 18, 2020 at 10:32AM

Uber is willing to raise its offer, but it’s unclear if it will be enough to win over Grubhub.

Uber Technologies' (UBER 4.30%) initial offer to buy out Grubhub (GRUB) at a price of 1.9 Uber shares per Grubhub share was refused during the weekend, but the deal may not be off the table. According to The Wall Street Journal, talks between the CEOs of both companies indicated that Grubhub deemed the price too low to accept on Sunday.

An offer of 1.925 Uber shares per Grubhub share may be possible, Uber CEO Dara Khosrowshahi stated after the first offer was rejected. However, this amount still falls short of Grubhub's apparent demand for 2.15 Uber shares for each of its shares. The delivery company hasn't yet given any public indication it is willing to budge on the price it has set for itself. 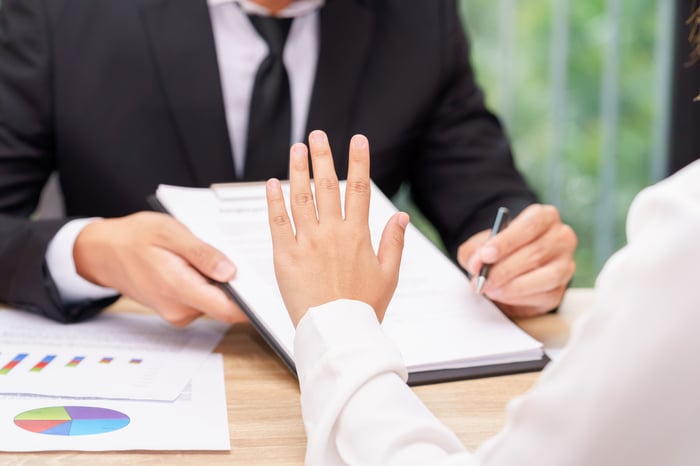 Meanwhile, U.S. Senator and former presidential hopeful Amy Klobuchar joined a chorus of politicians condemning the possible deal as anti-competitive. Klobuchar sits on the U.S. Senate antitrust committee, making her opinion a possible indication of the intense regulatory scrutiny the acquisition could face.

Klobuchar posted several times on Twitter about the deal, including one tweet declaring: "Antitrust enforcement is about saving free market so people can compete. This is a pandemic-driven $6 bil deal to take out major competitor of UberEats & allow Uber to control more than 1/2 the [food] delivery market. Monopolies = [rising] prices!"