Please ensure Javascript is enabled for purposes of website accessibility
Log In Help Join The Motley Fool
Free Article Join Over 1 Million Premium Members And Get More In-Depth Stock Guidance and Research
By James Brumley - Updated May 20, 2020 at 12:25PM

Consumers have tapped into their cable TV providers' on-demand libraries since March in a bigger way than one would have expected.

Since 2014's peak in the total number of U.S. cable television customers, streaming alternatives like Netflix (NFLX 5.03%) have served as the scapegoat for falling subscriptions. And for good reason -- Netflix's subscriber headcount has grown from just under 38 million then to nearly 70 million U.S. and Canadian subscribers now. Digital market research house eMarketer estimates the country's cable industry has slimmed down from 100.5 million paying households to somewhere around 85 million customers now. Streaming may lack live broadcasts, but fewer and fewer consumers seem to care.

What if, however, the video entertainment market wasn't as either/or as it's been made out to be? That is to say, what if the two options weren't as mutually exclusive of one another as we've been led to believe is inevitable?

That may actually be the case, given some curious data from The Diffusion Group. The consumer research outfit says a sizable swath of traditional cable television customers used their cable provider's streaming services -- the ones that provide them anyway -- quite a bit more than they normally did before the coronavirus trapped much of the nation at home. 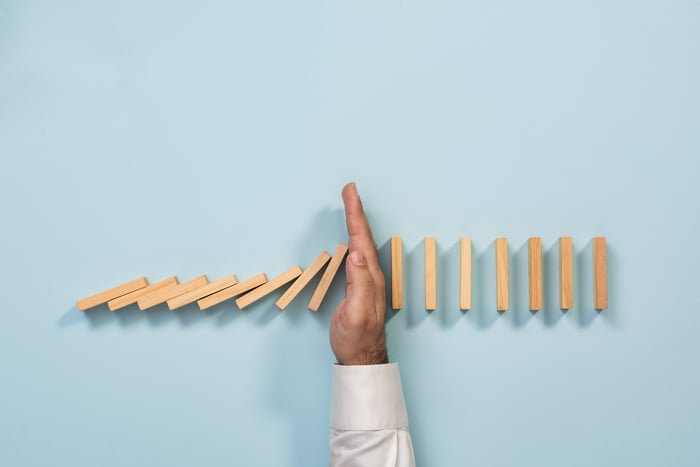 Netflix alone may not be enough

The Diffusion Group's report, posted last week, tells us what we already knew. People are watching a lot more television now than they have in the recent past. As of late April, 41.7% of the nearly 2,000 U.S. residents the research firm polled said they had "increased somewhat" the amount of on-demand content they would typically consume. Another 18.5% said they "increased significantly" how much streaming media they've watched since COVID-19 took hold in the United States.

However, that wasn't the most interesting data nugget offered up within the survey's results. More noteworthy is the fact that among broadband customers who also subscribe to a pay-TV (cable) service, 77% say they're using that cable provider's streaming choices. Of that same subset of consumers, 60% say they're watching more of their cable company's streaming options than they have in the past.

It's only anecdotal, but perhaps quietly telling all the same -- a bunch of consumers clearly know these streaming options exist, and they're willing to tune in to them. They're still mostly in love with Netflix and Hulu, but television watchers aren't entirely loyal to Hulu or Netflix. They'll watch what they find worthy of watching regardless of where it comes from.

Charter and Comcast already in the game

The Diffusion Group didn't offer specifics about any particular cable companies, but it's difficult to not peg Comcast (CMCSA 1.18%) and Charter Communications (CHTR 1.76%) as the two most important providers of cable customers surveyed. Leichtman Research Group numbers say Comcast's Xfinity and Charter's Spectrum are the nation's biggest traditional cable service providers, respectively, by a country mile. AT&T (T 1.84%) satellite cable unit DirecTV is a close third. Fourth-biggest is DISH Network (DISH 11.60%), but it's not a close fourth place. Comcast, Charter, and then AT&T also make up (in order) the country's biggest broadband providers.

These streaming options may not be as impressive as Hulu or Netflix in terms of depth or breadth. But they're something that meets customers where they are -- on the internet -- and how they want to be met. A savvy cable name looking to curb the wave of cord-cutting that's been steadily sapping customers since 2014 would be wise to start ramping up its on-demand options, and positioning them better.

There's still the not-so-small matter of price. Most cord cutters simply struggle with the cost of cable, with or without on-demand options added to the mix. A lower-cost traditional cable package bolstered by a more robust streaming library, however, might be just enough to keep subscribers on board.

Enough reason to step up their games

This is already happening to some degree. The aforementioned Peacock is being offered to Comcast's Xfinity cable customers at no additional charge, drawing on NBC's and Universal's content collection -- two more Comcast-owned entities that expand the media giant's reach. That's the general idea of the solution, and while still not enough on its own, it's a step in the right direction.

The Diffusion Group's research is a much-needed glimmer of hope all the same, though. Consumers clearly aren't laughing at cable companies' answer to the advent of streaming rivals. Those consumers just seem to want a little bit more for a little bit less.

It'll be interesting to see how or if the cable television industry responds to this development with something beyond the ad-supported streaming acquisitions it's made over the course of just the past few months.