Please ensure Javascript is enabled for purposes of website accessibility
Log In Help Join The Motley Fool
Free Article Join Over 1 Million Premium Members And Get More In-Depth Stock Guidance and Research
By John Bromels – May 26, 2020 at 5:11PM

Elon Musk offered $250 million in March, but has now raised even more.

According to a Tuesday filing with the Securities and Exchange Commission (SEC), SpaceX's latest funding round was a smashing success.

Elon Musk, the CEO of carmaker and solar energy provider Tesla (TSLA -1.05%), founded SpaceX in 2002. Since then, the company has launched dozens of rockets successfully and has raised numerous funding rounds. In March, SpaceX filings indicated it had raised $221.2 million in funding from 11 investors, in response to a $250 million offering.

Tuesday's amended filing shows it's upped its offering to nearly $350 million in common stock, and has picked up some new investors. Collectively, according to the filing, 16 investors have put in $346.2 million in the latest round of funding. 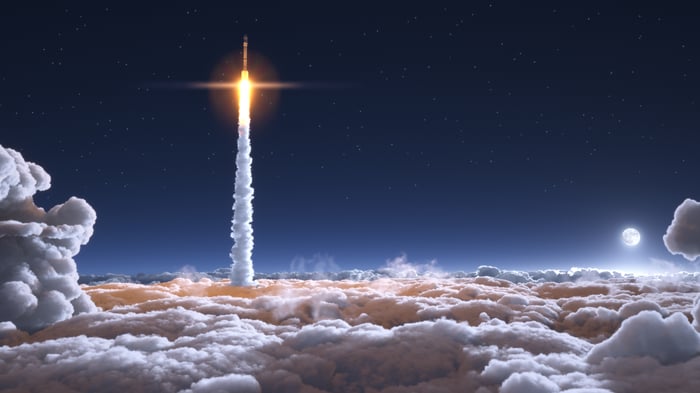 The announcement comes at a critical time for SpaceX. On Wednesday, it's scheduled to launch a manned test flight of its Crew Dragon spacecraft. The craft will be launched using a SpaceX Falcon 9 rocket. If successful, it will be the first manned flight to the International Space Station from U.S. soil since 2011.

The current round of funding represents just a drop in the bucket compared to what SpaceX plans to spend over the next several years. Musk has big plans for the company, including an effort to colonize Mars.

SpaceX is still a privately traded company, however, so most investors can't buy shares...at least, not yet. If you own shares of Alphabet (GOOG 0.06%) (GOOGL 0.17%), you may already own a bit of SpaceX: Google's parent company acquired a $900 million stake in SpaceX back in 2015, and there's no evidence it has sold it since.

Otherwise, investors will have to wait for an IPO.