Please ensure Javascript is enabled for purposes of website accessibility
Log In Help Join The Motley Fool
Free Article Join Over 1 Million Premium Members And Get More In-Depth Stock Guidance and Research
By Rich Smith - May 29, 2020 at 3:31PM

For the longest time, Alphabet (GOOG 1.17%) (GOOGL 1.16%) subsidiary Google has been known to depend heavily upon a workforce of temporary employees and contractors. Google employs so many temps and contractors, in fact, that its non-employee workforce actually outnumbers Google's actual employees.

That mismatch is shrinking a bit this month -- but not in a good way. 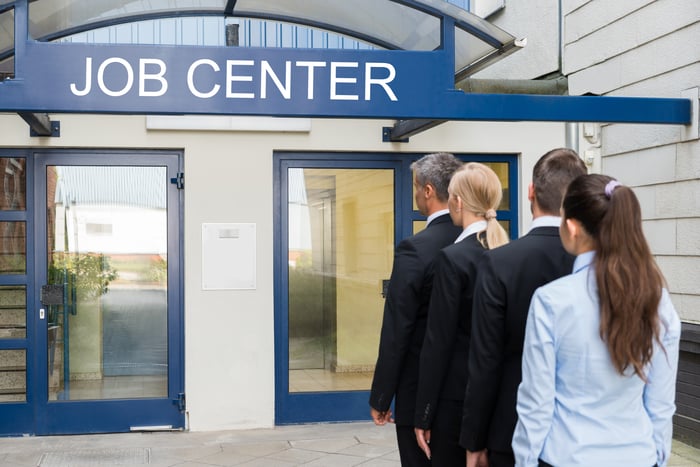 Rather than convert more temps into full-time employees (which would be a good thing for the workers), The New York Times reports today that Google has rescinded job offers to "several thousand" temporary and contract workers at locations around the world, workers that the company had previously planned to hire.

"We're slowing our pace of hiring and investment, and are not bringing on as many new starters as we had planned at the beginning of the year," said Google in an email sent to the staffing firms that it had planned to hire from, explaining that it "will not be moving forward to onboard" the workers in question. Indeed, in April, as the recession gathered steam, Google pulled job offers it had extended to "several dozen" temporary and contract workers -- but this latest wave of rescissions is multiple times larger in scale.

The staffing firms, too, could see an effect from Google's move. Accenture (ACN 0.28%), Cognizant (CTSH 0.44%), and Adecco are all said to be among the companies whose employees will not be taken on as temps and contract employees at Google, and this will reduce the revenues those firms would have received from placing the workers.

In a statement, Google spokeswoman Alex Krasov noted that Google is also slowing down its hiring pace of full time employees.