Please ensure Javascript is enabled for purposes of website accessibility
Log In Help Join The Motley Fool
Free Article Join Over 1 Million Premium Members And Get More In-Depth Stock Guidance and Research
By Rich Smith – Jun 3, 2020 at 7:22AM

Here's what that might mean for the stock market.

It's official now. As of the end of May, all 50 U.S. states have begun reopening their economies.

Across the nation, stores, shops, restaurants, and movie theaters are starting to let their customers back inside, albeit with capacity limits and strict social distancing requirements, in a "Great Reopening." Why, even New York City plans to begin partially opening back up for business this month.

And while there are worries that COVID-19 infections will spike as Americans emerge from their "Great Lockdown" and resume public mingling, the rate of new infections in the United States actually held pretty steady through most of May -- or even seemed to decline slightly.

That said, there have been setbacks. 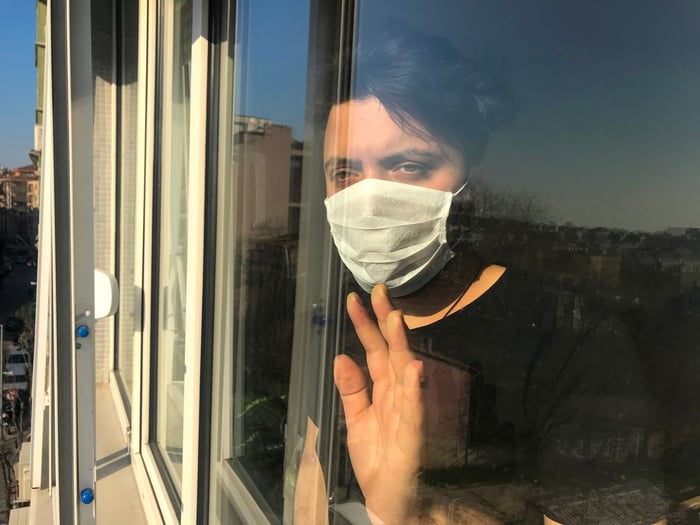 On Thursday, The Wall Street Journal noted that both the Wisconsin State Fair and the Boston Marathon have been canceled in order to limit the risk posed by mass gatherings of perhaps mask-less revelers. In New York State, Governor Andrew Cuomo signed an executive order permitting businesses to forbid entry to customers not wearing masks. In San Francisco, the local mayor is keeping his stay-at-home order in place "indefinitely" and only has tentative plans to begin reopening in mid-June.

Meanwhile, the economy is languishing. Lacking both customers and revenue, the Federal Reserve's latest economic report notes that many retailers failed to make their rent payments in May. Airlines and the leisure and hospitality industries have been particularly hard-hit, but really, businesses, in general, remain "pessimistic about the potential pace of recovery."

And perhaps they should be.

Although the federal government's CARES Act economic stimulus program helped shore up unemployment benefits for tens of millions of Americans in March, and boosted those benefits with a supplemental $600 weekly stipend, that benefit goes away at the end of July. At the same time, the $1,200 stimulus checks that the government issued on top of the unemployment benefits average out to just $400 a month over the course of the three months since they were authorized. That's a Band-aid applied to the gutshot the economy suffered from the loss of more than 40 million jobs since the pandemic started and the recession began.

That has people asking: What will the government do next after the unemployment supplement runs out -- since the $1,200 stimulus by now almost certainly has?

As Newsweek reported last week, many Americans are already casting about in hopes there will be a second round of stimulus checks. According to the news magazine, internet searches for answers to questions like "when will the Senate vote on the next stimulus package?" and "did the second stimulus check get approved?" are up 20 times and 40 times more, respectively, than they were just a week ago. Searches for details on the specific law that might contain a second round of stimulus checks -- the HEROES Act passed by the House of Representatives, but now stalled in the Senate -- are up 2,600%.

Clearly, people are worried about what comes next.

Investors betting on a "V-shaped recovery" should be worried, too.

Over the past three months, we've seen the S&P 500 first plunge 35% as investors panicked over the effect the coronavirus would have on the economy, then soar 36% when the world, happily, did not in fact immediately end. Part of the reason that it didn't end, though, is because the government quickly fired up printing presses, injected trillions of dollars into the economy, and continued to support consumer incomes with $1,200 stimulus checks and generous unemployment benefits.

The former has run out, though, and the latter is about to, and now Americans are clamoring for more government money to keep them solvent in the months to come.

Now, maybe the government will come through for us and find some more money to pay out in the form of a second round of stimulus checks and extended unemployment benefits -- but maybe it won't. And if it doesn't, then that is when we will finally feel the full effects of 40 million Americans out of work and not collecting paychecks.

I very much worry that we haven't seen the worst of this recession yet, nor the market bottom either.