Shares of General Electric (GE -2.88%) gained 5% on Thursday on growing optimism about a recovery in the airline industry. GE faced a number of challenges even before the COVID-19 pandemic, but a normalization of air travel would at least provide a boost to one of the industrial conglomerate's most important business units.

GE shares have lost about 70% of their value over the past five years as the company has been weighed down by debt accumulated from a number of ill-timed acquisitions. The company is under new management, and went into 2020 in the early stages of what figured to be a multiyear turnaround. 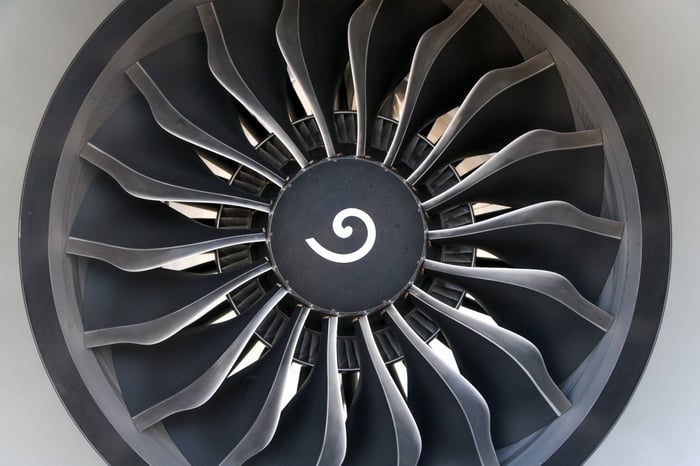 Heading into the year, GE's massive aviation unit was expected to help fund that turnaround, but the pandemic has changed that. Airlines have cut significant portions of their schedules and grounded planes in response to a decline in travel demand, putting pressure on GE's aviation engine business.

GE said in March that it would cut its overall aviation workforce by about 10%, and the company said last week that it expects cash burn will be worse than expected in the current quarter.

If aviation can rebound quickly, that would make GE's outlook a bit rosier. Airline shares rallied on Thursday on news that American Airlines Group would restore a larger number of flights in July than expected, with the airline's average daily number of passengers more than tripling between April and late May.

Worth noting is that American still plans to fly only about 55% of the capacity it flew in July 2019, and even in the best-case scenario, airlines will likely need years before service is restored to pre-pandemic levels. Things could also worsen again just as quickly as they have improved, especially if there is a second wave of the pandemic.

But at a time when there isn't much reason to get excited about owning GE shares (and in fact some bears are worried the aviation unit is in even worse shape than investors believe), signs of a recovery in aviation were reason enough for the stock to rally on Thursday.

Why Shares of GE Are Rising Today
395%