Please ensure Javascript is enabled for purposes of website accessibility
Log In Help Join The Motley Fool
Free Article Join Over 1 Million Premium Members And Get More In-Depth Stock Guidance and Research
By Daniel Foelber – Jun 5, 2020 at 10:30AM

Here’s why Shell’s historical dividend cut, spending cuts, and suspension of share buybacks could be good for the long term.

Of all the oil majors, Royal Dutch Shell's (RDS.A) (RDS.B) response to the current oil and gas downturn has been the most severe.

2020 spending has been cut by at least 20%, the dividend has been slashed by 66% for the first time in 75 years, and share buybacks have been suspended. Are these decisions necessary measures that make Shell a more attractive investment, or are they too little too late? 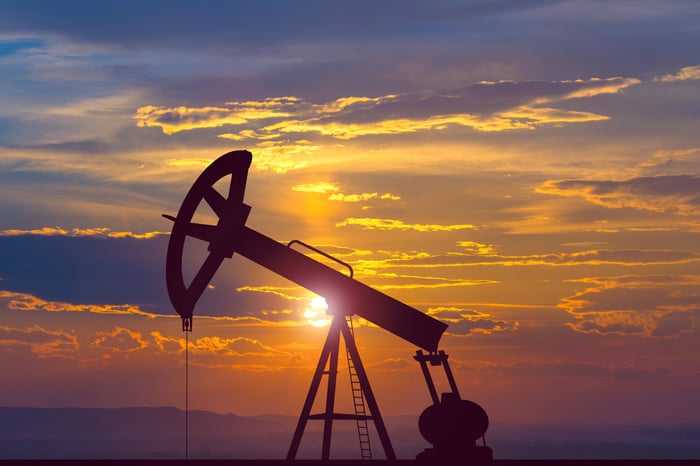 Shell's stock, more so than any other oil major, has been in the doghouse as a result of lower oil and gas prices and fears of prolonged decreases in economic activity and demand. In many ways, it's a perfect storm. 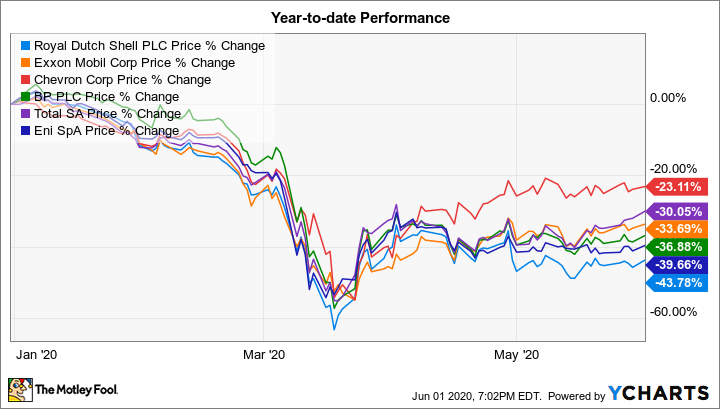 Current oil prices, gas prices, and refining margins are all simply too low for Shell and its peers to sustain the high spending needed to develop oil and gas reserves profitably over the long term. "We are looking at a major demand destruction that we don't even know that will come back. So the oil price may come back. But if the volumes are significantly lower, we still have a major dislocation," said Shell CEO, Ben van Beurden, on the company's first quarter earnings call.

However, there could be clear skies ahead. The U.S. Energy Information Administration (EIA) expects Brent crude prices, the international benchmark, to average $32 per barrel during the second half of 2020 and $48 per barrel in 2021. So far, Brent prices have rebounded significantly to over $38 per barrel at the time of this writing. Wood Mackenzie, an energy consultancy firm, estimates that Shell's dividend cut brings its 2020 cash flow breakeven down from $51 per barrel to $31 per barrel, meaning Shell can now operate successfully within the current and anticipated oil price environment.

Given low demand and commodity prices, let's determine how beneficial Shell's adjustments to buying back shares, its dividend, and spending will be in 2020.

Shell's dividend payment of $3.5 billion in the first quarter of this year was the last before its two-thirds reduction, so we can expect $7 billion in total payments this year, an $8.2 billion savings compared to last year.

On the spending side, the company's reduction from $25 billion to $20 billion or lower should save it $5 billion.

All in all, we should see $22.5 billion in savings this year, but is it good enough?

Shell's earnings of $2.9 billion for the quarter, or $0.35 per UK share, were less than its $0.47 dividend obligation but would have been around double its new dividend of $0.16 per UK share.However, these earnings were achieved during a quarter where Shell says the average Brent price was $50 per barrel.  Seeing as that environment is unlikely to return until 2021, Shell could have just posted its best quarter for the year from an earnings perspective. The company declined to offer full-year guidance.

Given that Shell doesn't know when prices or demand will come back to the levels it needs to, the company's prudent measures seem to be the right decision. Its pre-cut dividend would have likely outpaced its earnings for the rest of the year, causing even more strain on a balance sheet that had already been adding arguably too much debt. However, the dividend cut, paired with its cost-cutting measures and suspension of share buybacks, means that earnings can fall substantially and Shell will still be able to cover its new dividend.

Investing in any oil and gas stock right now is a speculative move, but Shell deserves credit for wasting no time in implementing substantial measures instead of beating around the bush or trying to save face at the expense of its long-term future.

I think Shell is one of the more attractive oil majors to buy at this time, given its pre-downturn leadership in alternative energy and free cash flow, humble yet action-oriented measures to get through the crisis, and the fact that it still yields 4% even after its dividend cut.