The big bank has stopped making car loans through most independent auto dealers, which suggests that lenders more reliant on auto loans are headed for trouble.

In early April, I cautioned investors that subprime auto loan companies like Credit Acceptance (CACC -2.08%), Santander Consumer USA Holdings (SC), and Ally Financial (ALLY -0.42%) were facing a potential nightmare. In much the same way that the subprime mortgage market began to collapse in 2007 -- resulting in a shock wave that kicked off a recession -- auto loan borrowers with less-than-great credit scores were increasingly falling behind on more and more loans. The economic impact of the coronavirus pandemic could leave many more of those borrowers unable to make payments on their loans, pulling the rug out from underneath the lenders.

It's been difficult to gauge exactly how much damage has been done to the subprime auto loan market in the meantime. A slew of borrowers have indeed stopped paying for their cars, but in some ways, they've been given tacit permission to do so. Once those people can get back to work, they might resume making payments.

If a recent decision from Wells Fargo (WFC -0.53%) is any indication though, the subprime auto lending business is in worse trouble than it was just a few weeks ago. 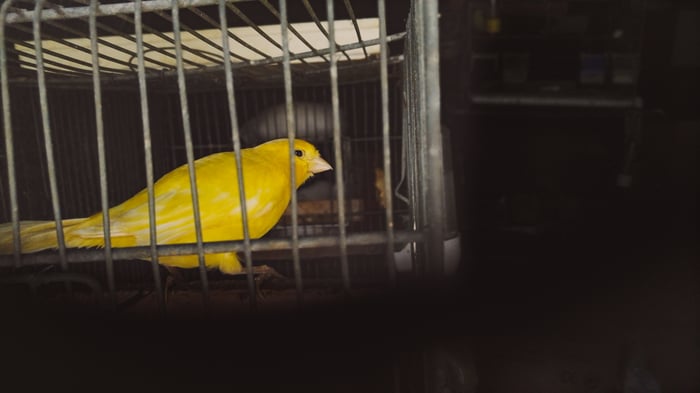 At first, the big bank didn't make a public announcement. However, after several different news sources reported it, Wells Fargo confirmed that it had discontinued offering car loans through most of the independent dealerships it had relationships with.

In most cases, independent dealers only sell used cars, as opposed to the chain dealers affiliated with automobile manufacturers. While those chain dealers sell to subprime borrowers too, most borrowers with credit scores below 600 aren't looking to buy new vehicles that now sport an average sales price of nearly $38,000. The average price of a used car these days is more affordable at around $20,000.

But given the current crisis, that's still not affordable enough for Wells Fargo. USA Today quotes an email it received from Wells Fargo spokeswoman Natalie Brown: "As a responsible lender, we also have an obligation to review our business practices in light of the economic uncertainty presented by COVID-19 and have let the majority of our independent dealer customers know that we will suspend accepting applications from them."

Credit Acceptance, Santander, and Ally Financial haven't followed suit. But that doesn't mean they wouldn't like to if they had a choice.

Subprime borrowers as a group have arguably been hit harder by coronavirus shutdowns than their better-credit counterparts. In its first-quarter report, Credit Acceptance indicated that this year, it now only expects to collect 61.3% of the principal and interest its borrowers owe it. That was down from an estimate of 62.5% a quarter earlier, and extended a long, steady decline in its anticipated collection rate that started at 74.8% in 2011. In fact, Credit Acceptance's expected collection percentage of 61.3% is the lowest it's been at any point in the past decade, suggesting its borrowers simply don't have the money to hand over.

Ally Financial warned its shareholders of looming auto loan problems in a different way. In its detailed look at the first quarter, it noted that its auto finance division's pretax bottom-line number had fallen by $502 million year over year, shifting from profitability to a $173 million loss, "primarily due to higher provision for loan losses associated with reserve build given COVID-19 forecasted macroeconomic changes."

Santander USA has offered less detail about the state of its subprime vehicle lending business, but it did indicate during its Q1 conference call that it expects that its prime lending will grow as a share of its business relative to nonprime lending. In fact, nonprime loan volumes decreased for the quarter ending in March, even as prime loan volumes increased. The company did not indicate whether that was a result of shifting demand or of waning credit-worthiness. Either way, a headwind is blowing.

It's all anecdotal evidence, but there's a mountain of it.

Wells Fargo's policy change may end up being short-lived; governments are beginning to ease or lift their COVID-19 shutdowns, which could allow the national and global economy to return to something like normal. In the same sense, Ally, Santander, and Credit Acceptance may not raise the same sorts of concerns their first-quarter results did about the subprime auto loan business.

That seems like a less-likely outcome, though. Rather than severing business relationships altogether, Wells Fargo could have simply raised its bar for loan approvals on subprime borrowers temporarily, extending financing only to a more creditworthy crowd until it was clear the economic impact of the pandemic was in the past. The decision it made was relatively final, suggesting it doesn't see the nation fully recovering from its economic woes anytime soon.

Ally and its peers could make similar decisions, although doing so would crimp huge portions of their revenue streams. Either way, the foreseeable future is grim for the lenders in this business.