Shares of the arts-and-crafts retailer rose for the second day following an encouraging earnings report.

Shares of Michaels Companies (MIK), the arts-and-crafts retailer, were gaining for the second day in a row today, this time lifted by the May employment report that smashed expectations and showed that economic recovery appears to be happening faster than expected. 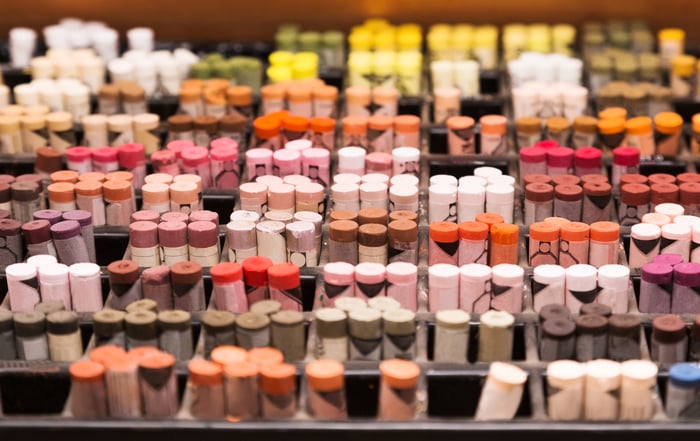 Brick-and-mortar retail stocks broadly jumped today as the news was interpreted favorably for the hard-hit sector. According to the Bureau of Labor Statistics, the unemployment rate fell from 14.7% in April to 13.3% in May and the economy added 2.5 million jobs last month, well ahead of economists' expectations that the jobless rate would jump to 19.5%. An accelerated recovery could help boost struggling retailers as they need customer traffic to return to stores now that they are back open.

Michaels' first-quarter earnings report showed the impact of the shutdowns. Comparable sales fell 27.6%, and the company posted an adjusted operating loss of $60.7 million. In the face of store closures, the company introduced new omnichannel capabilities like curbside pickup and same-day delivery, which helped drive e-commerce sales up 296%.

The stock initially fell Thursday morning in pre-market trading after the earnings report came out, but gained after CEO Ashley Buchanan said on the earnings call that comparable sales were up 11% at stores that had reopened. Michaels stock finished up 9% yesterday.

Michaels said that about 1,000 of its 1,273 stores had reopened as of June 4, and it expects nearly all of its locations to be open by the end of the month. Buchanan noted that the sales jump could be due to stimulus checks and "craft pantry loading," but Michaels seems well positioned for the social distancing era as its merchandise is meant for arts-and-crafts hobbies that are often done at home. The company was solidly profitable before the pandemic, and the stock has now recouped all of its losses during the crisis. That means the company may have to show actual year-over-year growth later in the year to justify further stock gains.