For now, at least, LVMH's acquisition is on track at the original price.

Shares of luxury jeweler Tiffany & Co. (TIF) have jumped today, up 6.7% as of 3:30 p.m. EDT, after luxury conglomerate LVMH Moet Hennessy (LVMHF 7.79%) backed off its threat to renegotiate the terms of its deal to acquire Tiffany.

Last year, LVMH agreed to purchase Tiffany for $16.2 billion, or $135 per share, in a deal that was -- at the time -- expected to close this month. (The closing was subsequently postponed until October, after a review by antitrust regulators in Australia was delayed.) 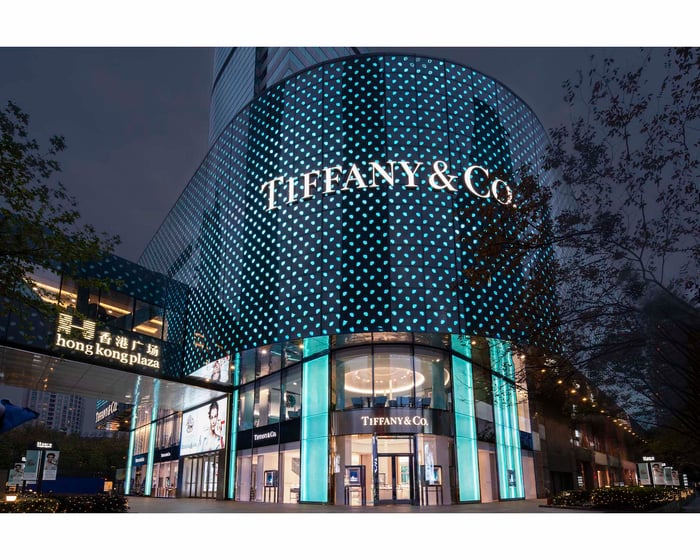 That deal was proceeding on track even after the COVID-19 pandemic clobbered Tiffany's business -- until yesterday, when LVMH's board issued a statement saying that it had met to discuss the pandemic's "potential impact on the results and perspectives of Tiffany & Co. with respect to the agreement that links the two groups."

Needless to say, that news wasn't well received by either Tiffany or its investors. Not long after LVMH's statement was released, CNBC reported that Tiffany was prepared to fight it out in court if LVMH sought to revise the terms of the purchase.

The upshot: Reuters, citing "people familiar with the matter," reported today that LVMH has decided not to ask Tiffany to renegotiate the deal after all.

Where does this leave consumer-discretionary investors who are holding -- or who may be eyeing -- Tiffany's shares?

On the one hand, as of late on Friday, Tiffany's stock was trading around $122, well short of the $135 deal price. On the other, while Reuters' report is probably well sourced, LVMH has yet to make a public statement recommitting itself to the deal as negotiated last year.

Until it does, Tiffany's share price will probably stay some distance below $135 for the time being -- and investors will be well advised to take into account the possibility that this deal still might not close on its original terms.