Please ensure Javascript is enabled for purposes of website accessibility
Log In Help Join The Motley Fool
Free Article Join Over 1 Million Premium Members And Get More In-Depth Stock Guidance and Research
By Keith Noonan – Jun 7, 2020 at 7:54AM

The dating-focused social media company is up over 8% year to date.

Shares of Match Group (MTCH) gained 15.7% in May, according to data from S&P Global Market Intelligence. The stock saw big swings as investors digested the company's quarterly results early in the month, but it rebounded soon after and continued to climb along with the broad market. 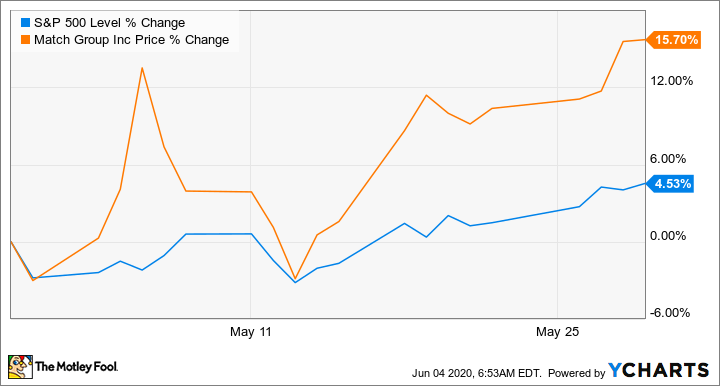 Match published its first-quarter results on May 5 and delivered earnings that topped analysts' expectations, but slowing user growth for the company's Tinder app spurred volatility for the stock. Shares then appear to have enjoyed a boost following CEO Shar Dubey's participation at the J.P. Morgan Global Technology, Media, and Communications Conference on May 13. 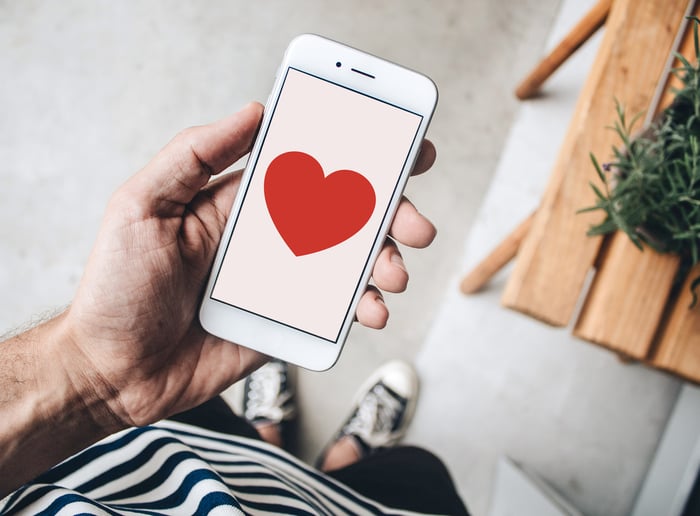 Match's first-quarter revenue climbed 17% year over year to reach $544.6 million -- coming in just shy of the average analyst target. Earnings per share climbed 31% year over year to $0.55, handily topping the $0.34 consensus estimate. However, first-time subscribers on Tinder declined sequentially for the first time from February through March before going on to stabilize in April.

The subscription slowdown for Tinder and outlook for the current quarter seem to have resulted in Match stock losing ground after its initial post-earnings gains. However, shares jumped following Shar Dubey's participation at the tech industry event and continued to climb as the month progressed.

Match shares are also up so far in June. The company expects second-quarter revenue to climb year over year, though it wall decline slightly on a sequential basis. After adjusting for costs related to the separation from IAC, the company expects EBITDA in the second quarter to be roughly in line with results from the prior-year period.

The stock is valued at 44 times forward earnings estimates and 12 times trailing revenue as of this writing.