Investors are betting on big turnarounds even among companies that have already sought protection from creditors.

The stock market continued to move higher on Monday, building on positive momentum from last week's big rally. Market participants believe there's further room to run for the U.S. economy, even as some stock analysts fear that a recession could be severe and painful. Gains for the Dow Jones Industrial Average (^DJI -1.71%), S&P 500 (^GSPC -1.51%), and Nasdaq Composite (^IXIC -1.51%) amounted to around 1% to 2%.

In a sign of just how much speculative fervor there is in the market, a couple of companies in the middle of bankruptcy proceedings saw huge moves. Both Hertz (HTZG.Q) and J.C. Penney (JCPN.Q) saw their shares soar on Monday, drawing concerns that short-term traders might not fully understand the level of risk they're taking on in their portfolios.

Shares of Hertz more than doubled on Monday as investors tried to parse through the rental car company's prospects of surviving a bankruptcy. Most of the time, shareholders get wiped out once bankruptcy proceedings are complete, but some are looking more closely at what got Hertz into this situation in the first place and whether it can satisfy creditors without crushing owners of the stock.

In late May, Hertz filed for bankruptcy protection, looking to buy itself time to work out arrangements with the creditors that allowed it to finance its fleet of vehicles. Not only was Hertz seeing little or no rental activity during the worst of the coronavirus pandemic, but many alsofeared that the value of its vehicles had fallen to such an extent that it would trigger covenants on its loans. Now that the company is in bankruptcy, Hertz will need to satisfy holders of secured debt first, possibly by selling off its fleet as collateral. If the remaining assets after those sales are sufficient to repay other creditors, then it would allow current shareholders to retain their ownership stake in Hertz. 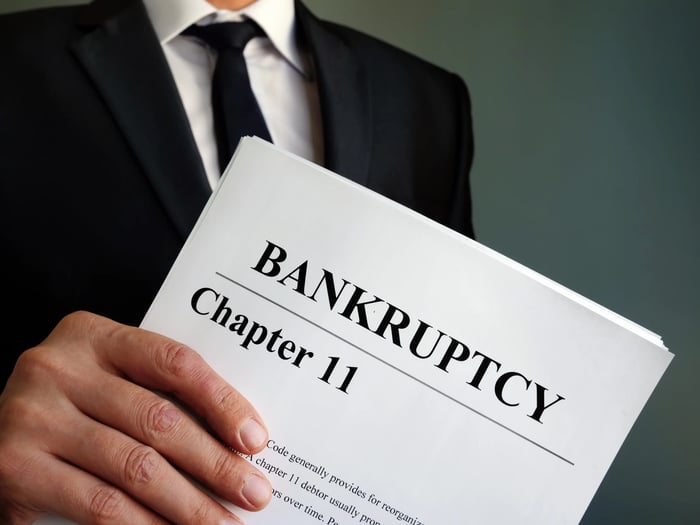 Today's jump suggests that investors are more optimistic about the value of Hertz's fleet. That's consistent with some news elsewhere in the market that showed that used vehicle values were holding up far better than many had feared.

With no significant news from the company, some have looked at massive day-trading activity of the stock as a potential cause of the big moves in the share price. With trading volume roughly 14 times normal levels, Hertz is getting a lot more attention as a bankrupt company than it ever did as a going concern.

Penney for your thoughts

Elsewhere, J.C. Penney's shares finished higher by 95%. That wasn't enough to lift the shares out of penny-stock territory, but it did reflect the increased willingness of traders to dabble in companies that are apparently dying.

Today's move came after rumors surfaced that Penney might be an acquisition target. Reports suggested that private equity company Sycamore Partners is in talks to look at ways to invest in the bankrupt retailer, including the potential for a full takeover.

Sycamore has been active in the retail-stock  merger and acquisition arena lately, having looked seriously at buying the poorly performing Victoria's Secret store concept from parent company L Brands. However, the private equity player ended up moving away from that deal, avoiding a termination fee and freeing up capital to consider alternatives.

As with Hertz, there's no guarantee that even if Sycamore is successful, Penney shareholders will end up getting anything in the long run. Once bankruptcy comes into play, the rules change -- and smart investors need to tread carefully as creditors and shareholders fight over what's left of what used to be huge business empires.