A Wall Street analyst declares the recovery is real.

Airline shares got a lift on Monday after a prominent Wall Street analyst declared an initial rebound in travel demand is "real." The stocks have been rallying in recent days on hopes that the worst of the COVID-19 pandemic-related slowdown is over, but there remain a lot of skeptics about the rally.

Southwest Airlines (LUV 0.35%) was the relative laggard of the group, but its 3.4% gain was still well above the broader market.

It's been a wild year for airline investors, with the stocks losing more than half -- and in some cases nearly 80% -- of their value in March and early April as the pandemic swept through the U.S. market. Travel demand dropped significantly due to the pandemic, leaving airlines scrambling to cut costs and investors worried about potential bankruptcies. 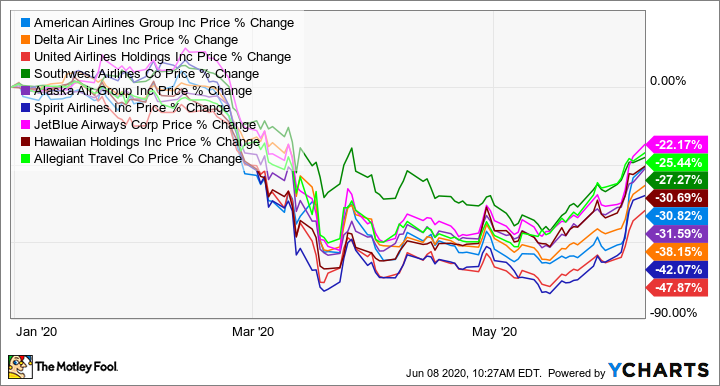 That panic has faded, in part thanks to the airlines' success raising capital via private markets and through the CARES Act stimulus bill. But liquidity only buys time, and the real question facing airline investors is whether demand will return before the cash runs out.

The stocks have rallied in recent days on signs that travel is returning, with American Airlines gaining 40% in a single trading session after adding flights. The Transportation Security Administration screened more than 441,000 travelers on Sunday, the highest one-day total since March 22. 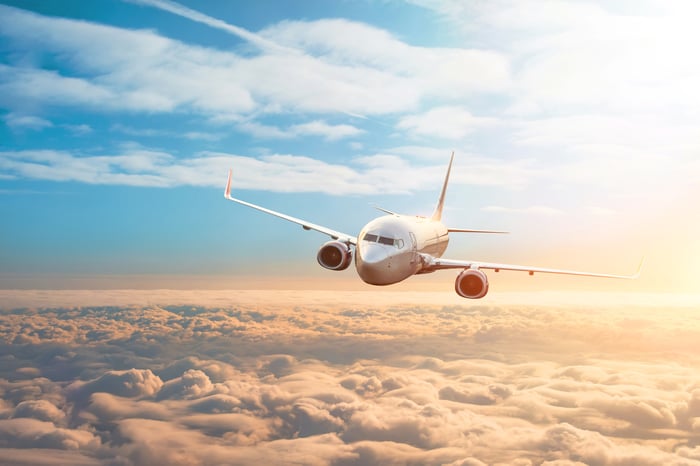 Stocks moving 40% in one day tend to invite skepticism. But Bank of America analyst Andrew Didora gave the rally fresh legs in a note out Monday morning, declaring the "leisure rebound is real," and saying tourists and vacationers are once again looking to take to the skies.

The analyst said recent data backs his base case forecast that revenue would recover from down 90% to down 55% in the second half of 2020, buying the airlines more time. Didora upgraded Alaska Air to buy from neutral and JetBlue to neutral from underperform.

Didora did note that corporate travel, which he called the "true catalyst for the group," will take longer to recover. Leisure travel historically has tended to come back first following a downturn because it is more easily stimulated by low fares. That means the flying isn't likely to be immensely profitable for now, but if nothing else it means revenue is coming through the door.

The TSA numbers, while trending higher, are still down 80% year over year. I believe it will take years for travel volumes to fully recover to pre-pandemic levels, and it remains to be seen if the mix between more lucrative corporate travel and lower-margin vacationers ever returns to historical norms.

All this is to say that while investors have every reason to be excited by the direction airlines are headed, there is still a long, arduous journey ahead. A second wave of the pandemic could quickly negate the positive momentum we are seeing and put the balance sheets at risk again.

I believe it is safe to buy into airlines, but investors should limit themselves to small positions and focus on top names with the most resilient businesses. It seems unlikely the wild ride will end any time soon.