Please ensure Javascript is enabled for purposes of website accessibility
Log In Help Join The Motley Fool
Free Article Join Over 1 Million Premium Members And Get More In-Depth Stock Guidance and Research
By Donna Fuscaldo – Jun 12, 2020 at 10:51AM

SoftBank is about 60% complete with its stock buyback program.

SoftBank (SFTB.Y -3.02%) has spent nearly $3 billion repurchasing shares since the end of March when it announced shareholder-friendly moves to shore up cash and buyback stocks. 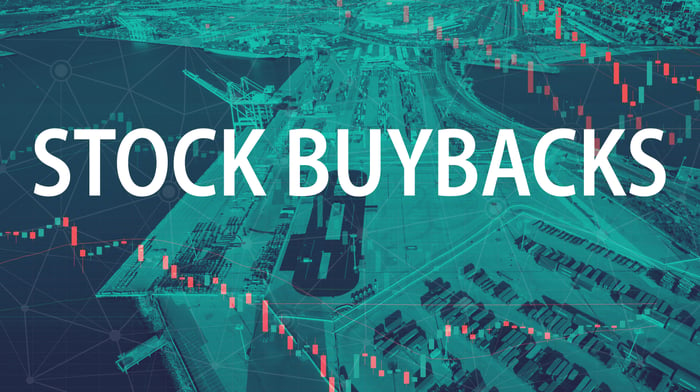 Struggling with mounting losses in its Vision Technology fund and facing pressure from shareholders, SoftBank announced at the end of March it was engaging in a massive restructuring program to raise capital and silence critics, including $41 billion in asset sales and $18 billion in share repurchases. That's in addition to the $4.8 billion in buybacks the company announced earlier in March.

Since that announcement, SoftBank reported a nearly $18 billion loss for its Vision Fund in the fiscal year ended March 31. The losses were largely due to writedowns of its investments in WeWork and Uber Technologies. SoftBank said at the time that Uber represented $5.2 billion of the losses while WeWork contributed $4.6 billion. The rest of its investments made up the remaining $7.5 billion of losses.  Last month SoftBank announced plans to sell a stake in its Japanese wireless holdings.