Please ensure Javascript is enabled for purposes of website accessibility
Log In Help Join The Motley Fool
Free Article Join Over 1 Million Premium Members And Get More In-Depth Stock Guidance and Research
By Rich Smith – Jun 15, 2020 at 6:57AM

SpaceX's entry into the small-launch market has already driven one competitor out of it.

Less than a year ago, Elon Musk's SpaceX -- king of low-cost launches for large satellites -- made its move to capture the "smallsat" market, as well. First announcing a "Smallsat Rideshare Program" in which it would launch annual, dedicated rocket rides to space for dozens of customers' satellites at a time, SpaceX quickly expanded its offering, inviting customers to hitch a ride on SpaceX's (more frequent) launches of its own "Starlink" internet satellites. 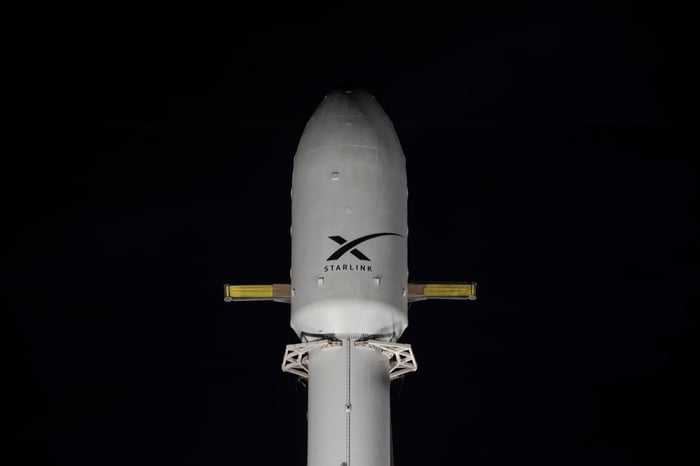 Every month, the company said, it planned to launch at least one batch of up to 60 Starlinks into orbit. If a customer liked, though, SpaceX could drop a few Starlinks from its manifest and substitute in a customer's satellites instead -- piggybacking them on the main Starlink mission and charging as little as $5,000 per kilogram for the privilege.

At 5:21 a.m. EDT on Saturday, June 13, in what the company described as its "first SpaceX SmallSat Rideshare Program launch," a SpaceX Falcon 9 rocket blasted off from Cape Canaveral, Florida. Aboard the rocket were 58 of SpaceX's own Starlink internet broadband satellites -- and also three small "SkySat" Earth-imaging satellites for which Planet Labs had contracted passage.

Saturday's launch wasn't technically SpaceX's first experience with "rideshare." Previously, the company had rented out entire Falcon 9 rockets to third-party provider Spaceflight Industries, which found the rideshare customers for SpaceX. Saturday, however, was the first time SpaceX had taken over rideshare sales on its own (which is one reason, I suspect, Spaceflight is getting out of the rideshare business).

SpaceX has a second rideshare mission scheduled for June 22, when two Earth imaging satellites from private company BlackSky will hitch a ride alongside SpaceX's Starlinks. And later this summer, Planet Labs plans to take advantage of the service a second time.