Please ensure Javascript is enabled for purposes of website accessibility
Log In Help Join The Motley Fool
Free Article Join Over 1 Million Premium Members And Get More In-Depth Stock Guidance and Research
By Scott Levine – Jun 16, 2020 at 9:49AM

A notable increase in sales wasn't the only thing that stood out about this quarter.

FuelCell Energy (FCEL -1.09%) reported $18.9 million in sales in the recently ended second quarter, 21% higher than Wall Street's expectation of $15.6 million. Investors didn't find an equally pleasing surprise when turning to the bottom line, however, as the company simply met analysts' estimates and reported a loss per share of $0.07.

In addition to reporting on the recently completed quarter, FuelCell Energy also talked about the future, trying to inspire hope that it would achieve profitability -- or some semblance of it -- in 2022 when it targets the reporting of positive adjusted earnings before interest, taxes, depreciation, and amortization (EBITDA). On the surface, there seemed to be a lot of positive notes in FuelCell Energy's Q2 2020 report. But what details lie beneath? 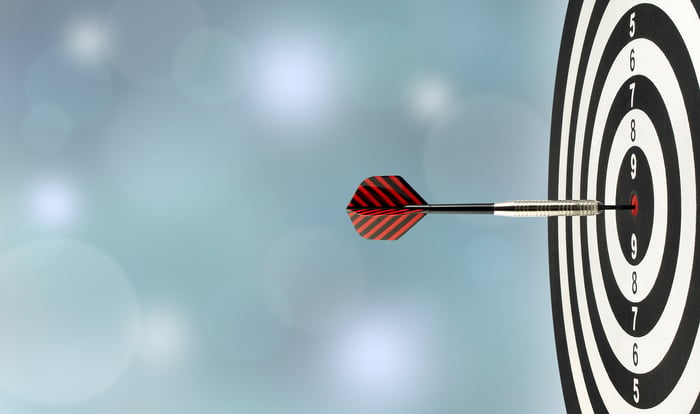 More prominent than the fact that it exceeded analysts' expectations, is the fact that the $18.9 million of revenue that FuelCell Energy reported for Q2 2020 represents a 105% increase over the $9.2 million the company reported during the same period in 2019. The company's improved performance is primarily attributable to growth in its generation business.

Due to additional revenue from the Bridgeport fuel cell project and the closing of a sale-leaseback financing transaction related to the Tulare BioMAT project -- two projects which will contribute consistent cash flow for many years to come due to the respective power purchase agreements -- FuelCell Energy reported a 184% year-over-year increase in revenue from its generation business, which accounted for about 25% of revenue.

That's not to say that the company didn't recognize sales growth in other areas as well. It reported a 168% year-over-year increase in its service and license business, which represented 37% of overall revenue, and advanced technologies contract revenues, 39% of overall revenue in the quarter, rose 46%.

Despite the large increase in revenue from the generation business, it was the advanced technologies contracts business which contributed most notably to the company's gross profit of $0.2 million in the quarter -- a sharp turnaround from the gross loss of $3.6 million that the company reported during the same period in 2019. Whereas FuelCell Energy generated a negative 22.9% gross profit margin from its generation business, it reported a 42.1% gross margin on the advanced technologies business.

Besides local hydrogen production and energy storage, the advanced technologies business includes the company's development of carbon capture solutions -- an area that could be transformative for the company. For example, in a recent report, Global Market Insights said that the global carbon capture market will be valued at more than $6 billion by 2026. Primarily, the company's work in this area stems from its partnership with ExxonMobil and Drax Power Station in the United Kingdom.

There's more coming down the pike

Revenue growth wasn't the only area in which the company distinguished itself last quarter. FuelCell Energy also warrants recognition for the additions in its backlog. At the end of the second quarter, FuelCell Energy had a backlog totaling $1.34 billion, representing a 6.4% increase over the $1.26 billion in backlog which the company had at the same time last year. The primary factor contributing to the increase was the company's partnership with ExxonMobil to evaluate and develop carbonate fuel-cell technology for large-scale carbon-capture projects.

Although the company's backlog is now more robust than where it had been at this time last year, skeptics may point out that the company has failed to add to its pipeline since Q1 2020, when the backlog was $1.36 billion. While true, it's important to remember that the focus should be on the long-term trend. In this regard, the company has fared well, growing its backlog 17% in 2019, to $1.32 billion from $1.1 billion at the end of 2018. Nonetheless, investors will certainly want to monitor the company's backlog in the second half of 2019 to confirm that management is positioning the company for growth.

Charging up investors' hopes with a bright forecast

Looking to the future, management remained steadfast in its goal of where the company will be in 2022. FuelCell Energy reiterated its target of growing the generation portfolio 100% from the 26.1 megawatts that it represented at the end of fiscal year 2019 -- a feat that would contribute to the company's achieving a double-digit compound annual growth rate in revenue. The more ambitious target, however, is what the company foresees in terms of profitability: positive adjusted EBITDA.

While investors may find their enthusiasm for this fuel cell specialist charged up in response to management's profitability target, they'd be wise to exercise caution. The company reported adjusted EBITDA of negative $32.7 million and negative $31.4 million in 2018 and 2019, respectively. It's not as if the company is hovering around the threshold. Like its peers, FuelCell Energy has consistently failed to achieve profitability, and the target of positive adjusted EBITDA -- albeit on an adjusted basis -- seems light-years from a guarantee.

Between the impressive sales and backlog growth, there was a lot to celebrate in FuelCell Energy's Q2 2020 earnings report. However, there are plenty of risks that remain regarding an investment in the company. Investors who find themselves interested in the potential of renewable energy stocks, therefore, would be well-served to both dig deeper into FuelCell Energy's business and examine other businesses focused on the development of green energy solutions.