Please ensure Javascript is enabled for purposes of website accessibility
Log In Help Join The Motley Fool
Free Article Join Over 1 Million Premium Members And Get More In-Depth Stock Guidance and Research
By Luis Sanchez CFA – Jun 17, 2020 at 7:00AM

A pandemic hasn't resulted in a decrease in demand for smoking products.

When Turning Point Brands (TPB -0.82%) reported its first-quarter earnings, it disclosed that it was actually hiring at its plant in Louisville, Kentucky, to keep up with rising demand. This was somewhat surprising given the rising unemployment across the country in the context of the COVID-19 pandemic. However, maybe it is not that surprising, given that Turning Point Brands is a tobacco company and its customers aren't going anywhere.

Turning Point Brands isn't a cigarette producer; it focuses on alternative tobacco products including smokeless tobacco, rolling papers, vaping, and cannabidiol (CBD) products, all of which have seen organic volume growth in recent years. Given the strong demand for its products, should investors consider adding Turning Point to their portfolios? 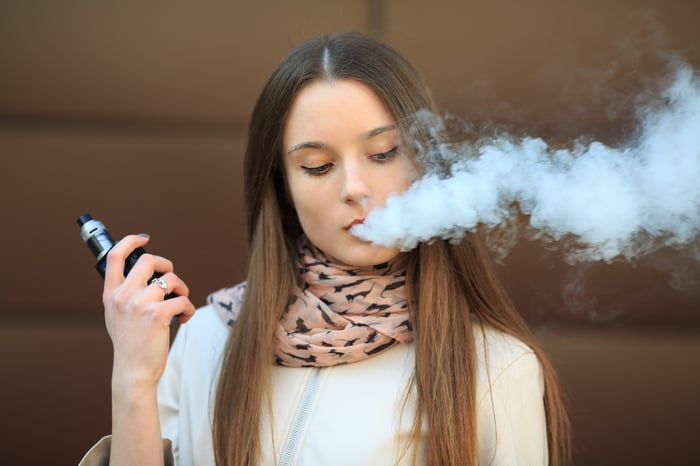 A leader in alternative tobacco

Turning Point Brands is a leader in the alternative tobacco products market, which includes smokeless tobacco such as moist snuff, chewing tobacco, cigarette papers for DIY rolling, CBD, and vapes. Despite competing against the large cigarette companies such as Altria and British American Tobacco, Turning Point has managed to secure leading market share in several categories.

The company's strategy has been to focus on acquiring leading consumer brands in the industry. For example, it recently announced the acquisition of Durfort, a leading supplier of cigar wraps and rolling papers. Turning Point has also been successful in taking market share by expanding the distribution of its brands and selling its products at slightly lower prices.

Turning Point has also acquired several brands in the vaping category, including VaporBeast, which operates a chain of vaping stores where it sells its own branded products. The company acquired IVG to expand into business-to-consumer (B2C) e-commerce sales of vaping products. This growth through acquisition has propelled the company's vaping business in recent years to over $150 million in 2019 sales from under $20 million in 2016.

Business hasn't been booming for most companies in this recession. However, Turning Point Brands' Q1 report showed a stable top line and increased profitability versus the prior year.

The strength in revenue came from smokeless products and rolling papers. Smokeless products grew 17.5% in the quarter over the prior year, while rolling papers grew 13.3% over the prior year. The company's NewGen segment, which includes vaping and CBD products, saw sales fall 19% due to the closure of stores and disruption in the vaping market caused by a regulatory crackdown last year. However, NewGen recovered from Q4 2019, when the segment was down 37% due to the regulatory disruption.

Despite the slight decline in revenue, earnings grew double digits because the smokeless products and rolling papers have higher margins than the NewGen products.

Turning Point Brands is an under-the-radar company even within the tobacco industry, but it has interesting growth prospects. The company has a strong position in growing parts of the smoking market and has been able to expand its market share over time organically and through acquisition.

At the same time, Turning Point faces challenges in its vaping business. Regulators across the United States are taking a close look at the industry as critics have noted that vaping may have resulted in increased smoking rates among teens and young adults. Furthermore, there are fears that vaping may cause new forms of respiratory illness. These regulatory and health concerns may ultimately result in the discontinuation of the vaping industry as we currently know it. A complete ban of vaping products outside of probably won't happen, but investors should be aware of the risk.

Turning Point is doing well in this environment. Smokers still want to smoke even if they have to do it at home, and the company has had to increase its production to keep up with demand. If Turning Point continues to execute well, it should be able to continue growing its revenue and earnings in 2020 and beyond.

Why Turning Point Brands Is a Tobacco Stock to Watch

Why This Tobacco Company Is Booming in 2020