Another shell company will try to buy a Class 8 hybrid electric truck maker to follow the path that Nikola blazed.

Is Tortoise Acquisition Corp (SHLL) the next Nikola? Because it kind of looks that way.

On Friday last week, shares of the shell company named after a turtle soared 37% after the company announced its intention to acquire start-up electric truck maker Hyliion. Today, Tortoise shares are racing ahead again -- up 25.1% as of 12:15 p.m. EDT. 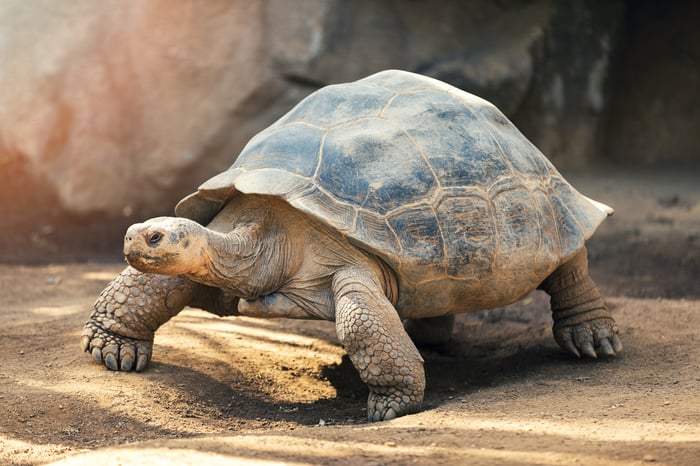 Why is Hyliion stock -- er, I mean Tortoise -- going so high, so fast today? Honestly, there doesn't seem to be any reason other than momentum traders doing what they do: buying the stock because it's going up, which makes it goes up higher, at which point they buy more.

(Ad infinitum, until the cycle breaks.)

There's no new news today from either Hyliion or Tortoise. There's not really even much prospect of new news happening anytime soon, as Tortoise has already told us most of what it has to tell:

Between now and then, I expect Tortoise shares to trade primarily on market sentiment -- and perhaps to mirror the performance of shares of Nikola, the stock Tortoise and Hyliion are expressly modeling themselves upon. If Nikola stock remains popular, and profitable for momentum traders, investors will continue buying Tortoise in hopes Tortoise and Hyliion will perform similarly well. On the other hand, though, if Nikola tanks ... Tortoise investors will wish they'd kept their heads down and stayed in their shells.