The aluminum producer could get some help from the U.S. government, but doesn't want it.

Shares of aluminum giant Alcoa (AA) dropped as much as 10.7% in early trading Wednesday, and despite getting a little of that back, ended the day down a still-big 8.7%. And on a day when the whole S&P 500 fell 2.6%, largely on coronavirus concerns, it's not too surprising that Alcoa got tossed out with the bathwater.

What is surprising is that this happened on a good news day for Alcoa. 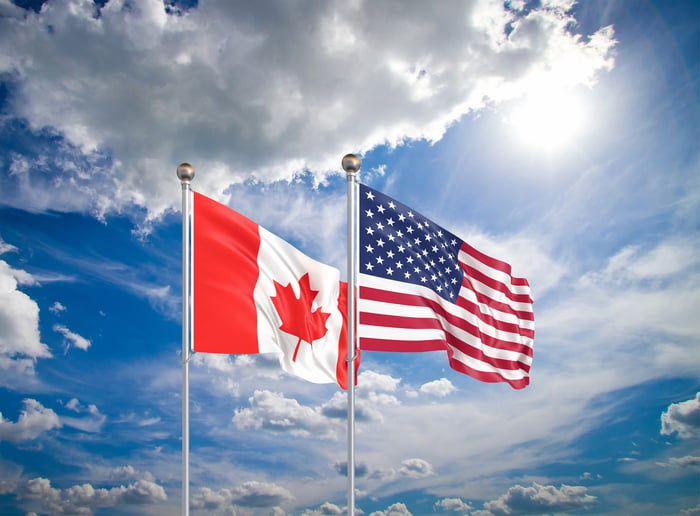 The Trump Administration today threatened to reimpose 10% tariffs on aluminum exports from Canada to the U.S., a move that would raise the cost of imported aluminum, and make Alcoa's aluminum more price-competitive. (Or alternatively, make it easier for Alcoa to raise its prices and earn more profits, without having to compete on price.)

You'd think investors would take this as good news for the stock, and bid the price up. But Alcoa doesn't want the U.S. government to levy tariffs on Canadian aluminum.

As Reuters reported today, the Aluminum Association, a trade group that represents blue chip Alcoa and other aluminum companies, is saying that as near as it can tell, Canadian aluminum exports are "virtually unchanged" over the past three years, and so do not constitute any sort of anticompetitive dumping on the U.S. market. In contrast to China, which Alcoa believes is overproducing subsidized aluminum and dumping it abroad, CFO William Oplinger says Alcoa wants to compete freely with countries like Canada "who trade freely" with the U.S.

In essence, then, Alcoa appears to be turning down free money from the U.S. government. That seems strange given that Alcoa lost money each quarter of last year, and is expected to lose money this year and next year as well (according to analyst estimates collected by S&P Global Market Intelligence). Now what are investors supposed to make of that?

I honestly don't know, unless what really worries Alcoa is not competition from Canada, but the fear that the Trump Administration is trying to start another trade war, and that by pursuing measures designed to help Alcoa domestically, he risks hurting Alcoa's international business instead.

The way things are going today, that looks like a very real possibility.