Please ensure Javascript is enabled for purposes of website accessibility
Log In Help Join The Motley Fool
Free Article Join Over 1 Million Premium Members And Get More In-Depth Stock Guidance and Research
By Billy Duberstein – Jun 27, 2020 at 9:00AM

I missed out on the Zoom Video run. Are there any lessons to be learned?

It's always good to be honest with oneself in investing. By taking a hard look at past investment decisions and evaluating why you were either right or wrong, you make yourself a better investor. In fact, Warren Buffett once said, "Post-mortems prove useful for hospitals and football teams; why not for businesses and investors?"

In that light, any money lost -- or gains missed -- can be written off as the price of a valuable investing education.

One stock I missed out on is Zoom Video Communications (ZM -1.18%). In fact, I went so far to call it a "bubble" back in late March during the depths of the downturn. A few months out, and that appears to have been the wrong call as the stock has rallied another 85% since that time.

So what did I get wrong, if anything? And what does it mean for Zoom shareholders today? 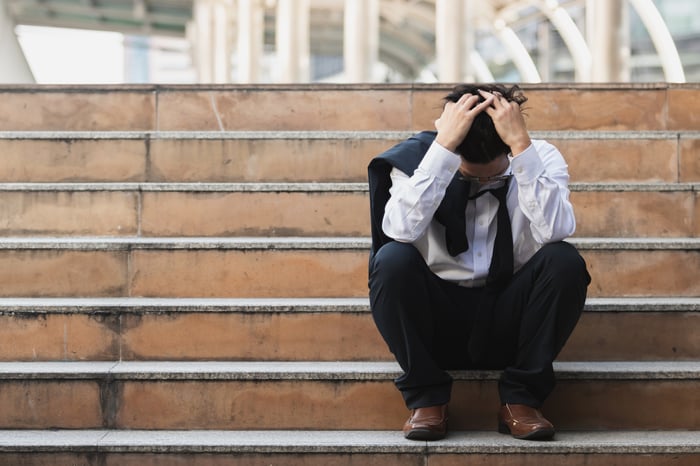 My case at the time

Back in late March, the overall market had just hit bottom after the fastest 30% market decline in history, yet Zoom's stock was already up a staggering 135% in just the first three months of the year. It was the height of the pandemic, and people all over the world were discovering the benefits of Zoom's easy-to-use platform. In fact, the word "Zoom" had become a verb, synonymous with the act of video conferencing itself.

But my thinking at the time was threefold. First, Zoom's valuation seemed off-the-charts expensive at nearly 64 times sales. While the company was close to breakeven in terms of profitability, which was very good for a high-growth software-as-a-service (SaaS) stock, that valuation was triple or even quadruple the price-to-sales ratio of many other leading enterprise SaaS stocks.

Second, while usage was clearly going through the roof, many people were using the free version of the software, which allows for conferences up to 40 minutes. Thus, I figured that Zoom's margins would decline, as its ability to monetize usage was probably far less than investors were thinking.

Finally, I didn't understand why well-funded competitors couldn't mimic Zoom's video software and undercut it on price. When you have massive, cash-rich competitors such as Microsoft, Cisco, and Tencent in Asia chasing you, along with a raft of others, I was hard-pressed to see a sustainable competitive advantage.

What's happened since then

We now know the amazing story since that time. Zoom far exceeded even its own expectations in its first-quarter earnings report on just about every metric:

Those are truly stellar numbers, beating the company's prior guidance and analyst expectations by a massive margin. Not only that, but Zoom upped its guidance for the rest of the year by a similarly huge margin.

Management now forecasts revenue between $1.775 billion and $1.800 billion and adjusted (non-GAAP) earnings per share (EPS) between $1.21 and $1.29 for its fiscal 2021. How outstanding is that? Analysts had previously forecast revenue of $939.7 million and adjusted EPS of $0.44 for the upcoming year. I don't think I've ever seen a company beat near-term analyst revenue expectations by 100% and EPS expectations by 200%!

One element that I was right about was that Zoom's gross margins decreased due to the majority of new users being on low-priced or free tiers. During the quarter, gross margin fell from 84.2% in the fourth quarter to 69.4% in the recent quarter. However, the revenue growth was so large and beyond everyone's expectations that it didn't matter, as the bottom-line profit margins expanded anyway.

It's also not like the competition didn't do well, either. Cisco's Webex video platform reported a tripling of usage. Microsoft's Teams platform grew from a standing start to 44 million users in March and then to 75 million by the end of April, almost doubling in the span of a couple of months. Apparently, the massive global adoption of video conferencing is enough to lift all boats.

I don't regret not buying Zoom and still think the stock is outrageously expensive. It trades at 90 times price to sales and "only" 41 times its FY 2021 sales estimate. The stock also goes for 1,430 times trailing earnings and 204 times forward GAAP earnings.

The market seems to be pricing in years of growth similar to that of 2020. While I'm sure video conferencing will remain a growing trend, how much growth will be left once a COVID-19 vaccine is found? In fact, are there any companies out there that currently aren't using a video conferencing app already?

Still, there are definitely a few lessons from the Zoom experience to keep in mind going forward.

I won't be buying Zoom today, despite the second lesson learned here. There are just too many better-priced opportunities I see at the current moment. It's also possible that, given its valuation, Zoom could sell off big down the road, which could open up a better buying opportunity.

But if not, that's OK. Though I may have committed a "sin of omission" here, I'll be taking those lessons to the next tech IPO I see with Zoom-like qualities. If that leads to a successful future investment, this recent "sin" wouldn't have been in vain.