Here's what needs to happen for investors to avoid losing money on this high-flying biotech stock.

A vaccine capable of safely protecting everyone from the novel coronavirus would be a priceless treasure. This simple connection has been picked up on by hordes of investors who keep throwing money at companies with SARS-CoV-2 vaccine candidates in their pipelines. 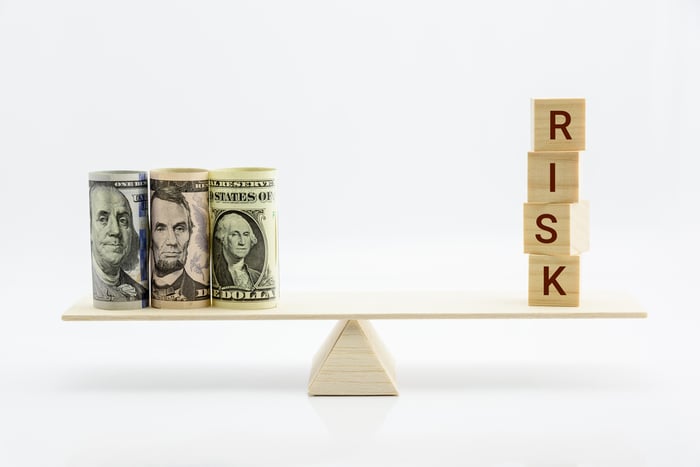 Drugmakers almost never share pricing plans for new drugs until they've been approved for sale. That said, vaccine pricing is far more predictable than new therapies aimed at limited populations, and somewhere between $10 and $40 per dose seems likely.

At recent prices, Moderna boasts an astronomical $23.5 billion market cap that could quickly implode if the market loses confidence in mRNA-1273's ability to prevent transmission of the novel coronavirus. To avoid heavy losses, investors buying the stock at this inflated valuation need mRNA-1273 to do more than simply succeed.

To justify its valuation, Moderna needs to successfully launch mRNA-1273 and maintain a leading share of the market. That's an awfully tall order when you consider Moderna's candidate is up against more competition than any vaccine in history. Over a dozen different SARS-CoV-2 vaccine candidates are already in clinical-stage testing, and hundreds more are in earlier stages of development.

Biotech stocks generally trade at mid-single-digit multiples of annual sales when investors can expect those sales to rise at a rapid pace. There's an outside chance that Moderna can sell a billion doses of its vaccine by the end of 2022. Continuing along at more than a hundred million annually, though, just isn't reasonable.

Results from a phase 1 study with mRNA-1273 show it was able to coax patients' bodies into producing antibodies that probably inhibit the virus from entering host cells. This is a big deal, but it's important to understand that human biology is so unpredictable that most of the time, antibodies produced in response to new vaccine candidates can't get the job done. 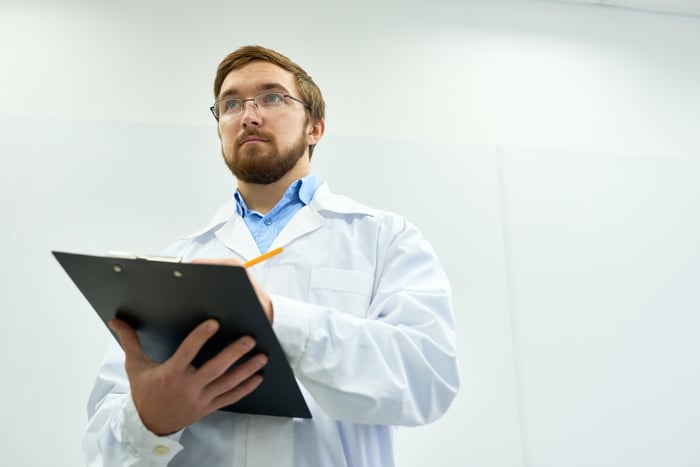 Vaccine development is a risky venture even when companies use tried and true methods, but Moderna's messenger RNA (mRNA) technology is still unproven. In November 2017, Moderna had already begun phase 1 clinical trials with five vaccine candidates, and two of those trials were fully enrolled at the time.

Two and a half years later, Moderna has phase 2 data from just one trial with one vaccine candidate that hadn't even started its first clinical trial in 2017 -- mRNA-1647 for the prevention of cytomegalovirus (CMV) infection. Volunteers treated with mRNA-1647 produced more antibodies than those treated with a placebo, but Moderna still hasn't told us if patients given mRNA-1647 have been less likely to contract CMV.

On average, one in four new drug candidates that enter phase 2 testing go on to earn approval from the FDA, and that figure gets much worse when adjusted for potential first-in-class drugs, such as mRNA-1273. After watching Moderna slow walk its first five vaccine programs, we have to assume mRNA-1273's chances of success are far less than the industry average.

Would you place a bet on a walk-off home run from a well-paid player in their late twenties who hasn't had a base hit yet? What if this bet only paid out at three-to-one in a best-case scenario?

If you can answer yes without hesitation, then maybe Moderna stock isn't too risky for you to buy right now. If not, though, it's probably best to watch this story unfold from a safe distance.