The streaming specialist is gaining traction in the price-sensitive Indian market, and it isn't done yet.

Online video streaming demand has surged in India amid the novel coronavirus-induced lockdown, and Netflix (NFLX -0.31%) is benefitting from the change despite its premium pricing structure. Third-party reports that have emerged over the past few weeks make it clear that the video streaming giant's focus on generating India-specific content and luring more users through attractive pricing plans is giving it a boost in this lucrative market.

Let's take a closer look at how Netflix's grand plan of getting 100 million subscribers from India seems to be gaining traction. 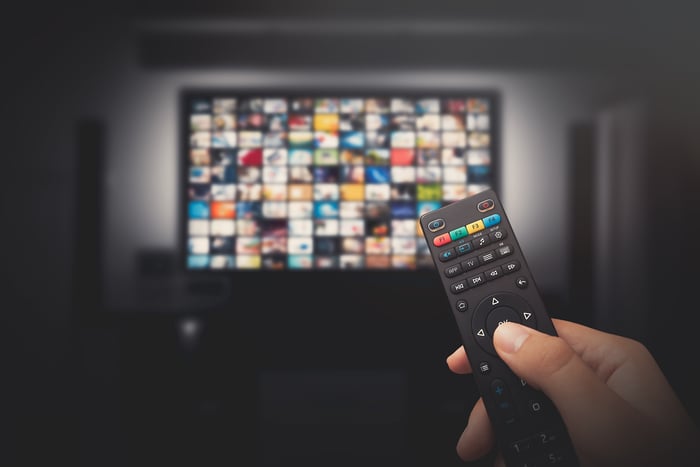 In the absence of country-specific data from Netflix, CompariTech arrived at these numbers based on the company's results for the first quarter of 2020 and the fourth quarter of fiscal 2019. It used subscriber and revenue estimates from third-party sources and applied quarter-over-quarter growth rates seen in the last quarterly report.

The numbers are unlikely to be precise, but they give us an idea of how Netflix could be doing in India in the absence of any official data from the company. And it won't be entirely wrong to see Netflix record such impressive growth in the Indian market despite charging a premium over rivals. The streaming specialist seems to be enjoying pricing power in India, as 90% of Indian consumers are willing to pay more money for a Netflix subscription. What's more, third-party surveys indicate that viewing hours on Netflix India have increased substantially in the wake of COVID-19.

A key reason why consumers are watching more Netflix content and are willing to open their wallets for a premium service is because of the company's content strategy. Last year, CEO Reed Hastings said that the company has set aside a war chest of $400 million in India-specific content to win over more subscribers. That strategy seems to be working, as the estimates above indicate, and the good part is that the company is looking to make its content library stronger by way of new partnerships.

Netflix could strike a fruitful partnership deal with Viacom18

Citing unnamed sources, Reuters reported in June that Netflix is in negotiations with media firm Viacom18 -- a joint venture between ViacomCBS (PARA -2.21%) and India-based TV18 -- that operates several famous TV channels in India, including MTV, VH1, Comedy Central, Nickelodeon, and Colors. It also has a streaming service that goes by the name of Voot.

The two companies are reportedly looking to expand their existing relationship in a bigger way that could see Viacom18 produce exclusive content for Netflix as a part of a multi-year deal. One source cited by Reuters says that the partnership could add 10 India-focused shows to Netflix's content pool.

There is no official word on an expanded deal, but the possibility shouldn't be ruled out just yet, as Netflix and Viacom already have a partnership in place for Nickelodeon content. If that indeed happens, Netflix could get its hands on an array of new content that could help attract new users.

The earlier partnership between Netflix and Viacom18 was for producing three originals for the Indian market -- Jamtara, She, and Taj Mahal 1989. The good part was that two of these shows gained positive critical reception and ratings. So there's reason to believe that a bigger version of that partnership could turn out to be a tailwind for Netflix in India, helping the company sustain its momentum in a fast-growing video streaming market that's reportedly clocking an annual growth rate of nearly 22%.