The $600 weekly unemployment boost is set to expire later this month. And that's not a good thing.

When countless businesses were forced to shut down earlier in the year due to COVID-19, it was clear that jobless claims would quickly skyrocket. And did they ever. April's 14.7% unemployment rate was the highest on record since the Great Depression, and back then, economists were worried that the jobless rate would climb even higher. Notably, the Congressional Budget Office estimated in May that the unemployment rate would be 15.8% during 2020's third quarter.

Since then, things have seemingly improved on the jobless front, as both May and June saw lower unemployment numbers than April, with reported jobless rates of 13.3% and 11.1%, respectively. But let's be clear: Double digit unemployment is still very bad news, and it's a clear sign that Americans need continued relief.

Under the CARES Act, which was passed in late March, those who are out of work are entitled to an extra $600 a week in unemployment benefits on top of their regular benefit. Thanks to that boost, many people without jobs have managed to replace 100% of their former income. Some have even snagged a raise. But that $600 weekly boost is set to expire at the end of the month, and as lawmakers fight over extending it, there's fear that June's so-called positive numbers could tip the scales in an unfavorable direction. 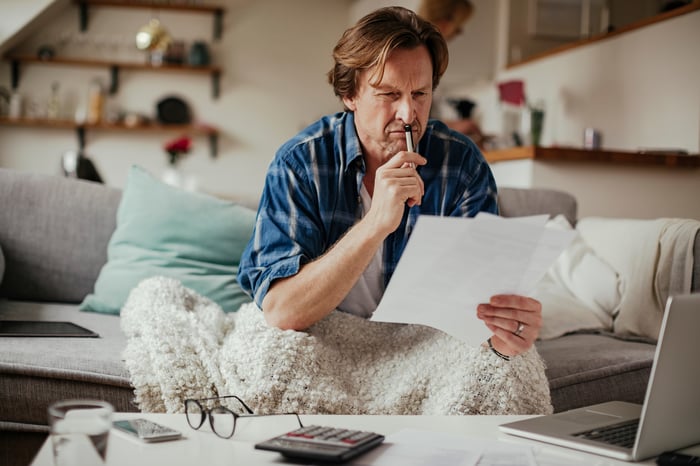 Lawmakers who are in favor of extending boosted unemployment benefits can back up that argument easily. First, unemployment is still high. While it's true that it's not as high as it was in April, it's significantly higher than it was in February, when the unemployment rate sat at just 3.5%. Furthermore, right now, the country is grappling with an economic recession, and if boosted unemployment is cut, that could seriously stall the recovery so many people want to see. After all, if jobless Americans are put in a position where they can barely pay their bills, they won't have extra money to pump back into businesses that need that revenue to stay afloat.

Additionally, let's not forget that we're not out of the woods with regard to the spread of COVID-19. Not only are cases surging, but many states are imposing greater restrictions in an attempt to curb the outbreak. Now it's too soon to tell whether Americans will be subject to a widespread lockdown like they were earlier on in the year. But many of the states that are seeing a notable uptick in COVID-19 cases now are the same states that were criticized for reopening too quickly. If businesses are shut back down, we're apt to see an increase in layoffs, which could result in a higher jobless rate later this year.

In fact, based on data from May and June, the Congressional Budget Office updated its projections for this year's third quarter. Instead of 15.8%, the jobless rate is now projected to peak at over 14%. That's still very, very high.

As such, now's really not the time to deny Americans added relief, and June's dip in jobless claims should not distract lawmakers from the bigger picture: that many people who are out of work today could very well stay that way into 2021. Those opposed to extending the $600 weekly boost argue that it disincentivizes workers to return to a job, but that argument misses one important point: A lot of people still don't have a job to return to.