Turning Point Therapeutics (NASDAQ:TPTX) on Tuesday licensed Greater China rights to its tyrosine kinase inhibitor, repotrectinib, to Zai Lab (NASDAQ:ZLAB) for $25 million in cash up front, plus up to  $151 million in development, regulatory and sales milestones, and tiered mid-to-high-teen percentage royalties on future sales.

Currently, Turning Point is conducting phase 2 studies of repotrectinib as a potential treatment for patients with ROS1-positive advanced non-small cell lung cancer and NTRK-positive solid tumors. If the drug proves effective in those trials, then repotrectinib could compete against Pfizer's (NYSE:PFE) Xalkori, a tyrosine kinase inhibitor that had global sales of $149 million in the first quarter. 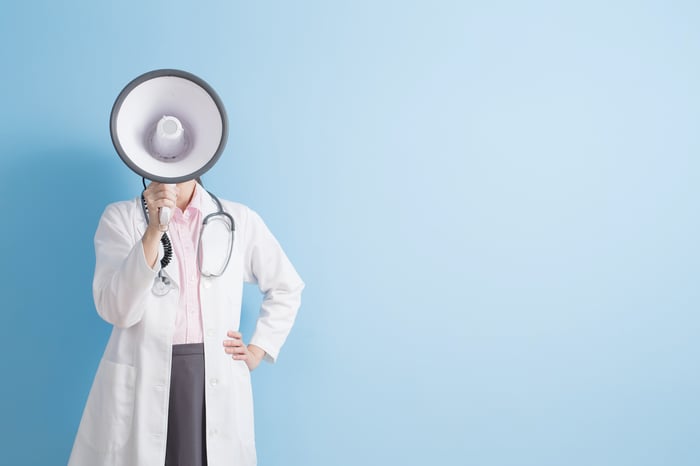 Interim results from repotrectinib's mid-stage trials won't be available until later this year, but Turning Point previously reported encouraging phase 1 results. Specifically, 91% of patients responded to repotrectinib, and the median duration of response was 23.1 months.

Eventually, the biotech companies hope to win approval for repotrectinib's use in China as both a front-line treatment and as a second-line treatment for patients who have previously been treated with another tyrosine kinase inhibitor such as Xalkori. Currently, there are no targeted therapies like repotrectinib approved for second-line use in China, and Xalkori is the only ROS-1 positive treatment currently approved for use there.

More than 700,000 patients are diagnosed with non-small cell lung cancer in China every year, and roughly 2% to 3% of them are ROS-1 positive. Because most patients develop resistance to tyrosine kinase inhibitors, there's a need for new treatment options such as repotrectinib.