Please ensure Javascript is enabled for purposes of website accessibility
Log In Help Join The Motley Fool
Free Article Join Over 1 Million Premium Members And Get More In-Depth Stock Guidance and Research
By Maurie Backman – Jul 8, 2020 at 8:36AM

Many small businesses have depleted their PPP loans. But what if you're in the opposite boat and can't use yours in full?

Though the COVID-19 crisis has been financially devastating to the U.S. economy on a whole -- hence our current recession -- small businesses have been among the hardest hit. It's estimated that more than 100,000 small businesses have already closed their doors in the course of the pandemic, and many more risk a similar fate if further lockdowns are imposed.

Thankfully, there's been relief available. In April, the Paycheck Protection Program (PPP) was rolled out, offering small businesses roughly $350 billion in forgivable loans. Though that initial round of funding ran out in just weeks, another $310 billion was made available in a second round that allowed more companies to get a piece of that pie. All told, PPP loans have saved millions of jobs and prevented recent record unemployment numbers from climbing even higher.

The problem, though, is that many businesses have exhausted their PPP loans and are struggling in the absence of additional funding. But what if your business received a PPP loan and you think you won't be able to use all of it up? It's a good problem to have in theory, except for one thing: It puts you at risk of not having that loan forgiven. 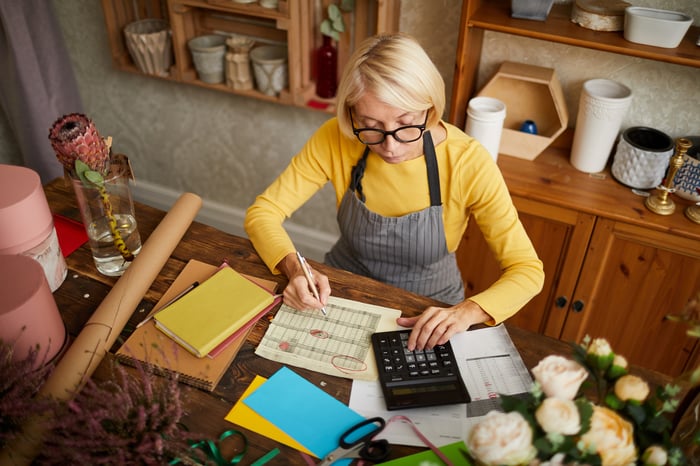 How to tackle leftover PPP funds

PPP loans were capped at two-and-a-half times a company's monthly payroll costs, and they're forgivable provided that 60% of their proceeds are used for payroll costs. Initially, small businesses were given just eight weeks to spend their loans, but that timeline was then extended to 24 weeks to give companies more flexibility.

Some businesses, however, may run into a scenario where they can't use up all of their loan proceeds within that timeframe, or at least in a manner that renders their loans forgivable. That may be the case if you have minimal payroll costs, but your other operating costs are more substantial. What should you do?

You have a couple of options. First, you can always return the amount of your loan you're not using. You may be liable for a modest amount of interest on that portion, but you'll also stop accruing interest on it once it's given back. If you go this route, you may still be eligible to have your loan partially forgiven.

Another option is to hang onto your remaining loan proceeds and spend them on business needs outside of payroll or other eligible PPP expenses -- even if that means having to pay your loan back. The interest rate on PPP loans is extremely competitive at just 1%, so it's certainly an affordable way to borrow money for your business. PPP loans issued prior to June 5 have a maturity of two years, while loans issued after that date have a maturity of five years.

That said, if you are going to keep your excess PPP loan funds and repay that money over time, make sure you expect to be in a strong enough financial position to do so. Defaulting on that loan (any loan, really) could have serious financial consequences, so think carefully before taking on the inherent risk that comes with adding to your company's debt.