Though many COVID-19 drug and vaccine trials are under way today, there's no guarantee that they will be successful in the next year (or longer). Meanwhile, the long pandemic could also have huge, lasting effects, harming many industries, while also boosting the stocks of certain companies that well serve the stay-at-home economy.

If you believe the stay-at-home economy is here to stay, at least in some degree, then the following stocks of Amazon.com (NASDAQ:AMZN), T-Mobile (NASDAQ:TMUS), and Sony (NYSE:SNE) all look like terrific buys today. Here's why. 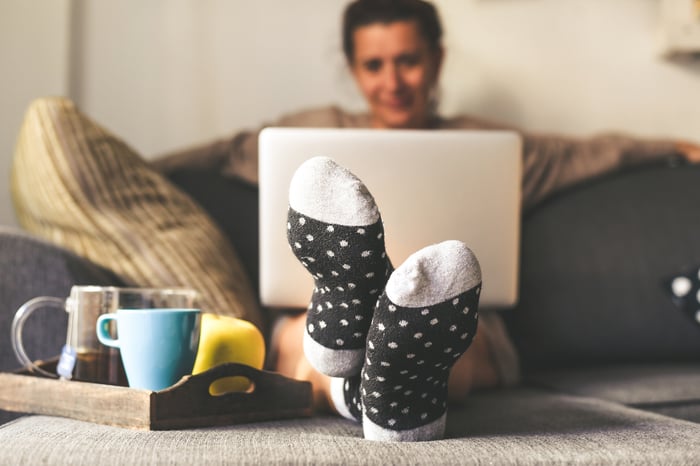 Though some may be hesitant to buy Amazon after its huge 2020 surge, Amazon was actually the worst-performing of the FAANG stocks in 2019 except for Netflix (NASDAQ:NFLX), even trailing the S&P 500. 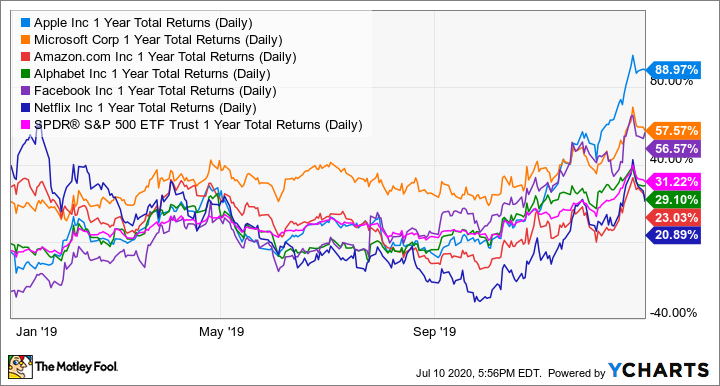 Not only did the e-commerce and cloud behemoth have some catching up to do, but COVID-19 has also made Amazon even more indispensable, accelerating its customer growth. And with Amazon's customer-first orientation, many new Amazon users are likely to stick around for the long haul.

Of course, these winning current businesses don't even count what Amazon is cooking up for the future. We already know Amazon is set to possibly become a formidable competitor in the third-party package shipping business with its Shipping with Amazon initiative. Then there are the company's recent moves in healthcare, which include the 2018 acquisition of online pharmacy Pillpack, as well as the launch of Amazon Care, the company's new-age digital health service for employees launched last September. Amazon has also begun making its own video games, with the launch of its first title Crucible in May. And in June, it acquired autonomous driving start-up Zoox for nearly $1 billion, making a big move into driverless vehicles. And these are just the new products that we know about.

Even when the pandemic ends, a lot of Amazon's brick-and-mortar competition may have gone out of business, while Amazon itself will have gained even more loyal customers. In that scenario, Amazon's new cashier-less "Go" store concept could be ripe for a bigger rollout across the country in the aftermath.

More than any one business product or service, Amazon's "Day One" company culture is perhaps its biggest underappreciated asset. Twenty years ago, not many would have foreseen what Amazon has become today, and I expect there will be more pleasant surprises in the years ahead. Even after its massive run thus far in 2020, there has rarely been a bad time for the long-term investor to buy Amazon shares. I don't think today is any different.

What's one of the last things you'd cut in a stay-at-home recession? Probably your wireless plan. Although the U.S. wireless industry is competitive and mature, T-Mobile has shaken up the industry over the past decade, with its low-cost price point, customer-friendly mantra, and disruptive "Uncarrier" ethos.

All of that has led to big market share gains for T-Mobile, as its lower costs have lured customers, as have network improvements that have brought its network nearly up to par with the leaders in AT&T (NYSE:T) and Verizon (NYSE:VZ). In the current recessionary environment, T-Mobile looks set to continue taking share, as long as consumers continue to look for lower-cost solutions. And if you're not traveling, as long as T-Mobile serves your area, you probably don't have a need for coverage in more far-flung areas of the country.

And while T-Mobile looks like a good defensive play now, it also has upside as the industry transitions to 5G. The recently closed merger with Sprint has given the combined company the broadest spectrum portfolio in the industry, so T-Mobile actually has the opportunity to match or even exceed AT&T's and Verizon's networks in the transition to 5G.

5G also has the potential to become a home broadband replacement, and early this month, T-Mobile expanded its home broadband pilot project in Grand Rapids, Michigan, selling standalone broadband for just $50 per month -- well below the price point of cable companies today.

At this present moment of uncertainty, T-Mobile's combination of offensive and defensive characteristics makes it a very compelling stay-at-home stock to buy right now.

Sony: A home entertainment powerhouse with a new console on the way

Another stay-at-home stock that may not be on your radar is Japanese company Sony. Of the three stocks listed, Sony is more of the value stock of the bunch, trading at just 15.5 times earnings and returning cash to shareholders with repurchases and a small dividend.

There are also several positive potential catalysts ahead for Sony. The most significant is the release of the new PlayStation 5 console this holiday season, which will be the first new Sony console in seven years. Not only should the new console give a boost to the video games segment, but Sony is also looking to double down on video games beyond the PlayStation. It recently invested $250 million in Epic Games, the production studio that makes the hit game Fortnite, and which also developed the Unreal video game software engine, upon which many current games are built.

Aside from video games, Sony's next-most profitable segment is its image-sensing solutions segment, which builds advanced camera sensors for smartphones. That segment had a great year in 2019 and should do very well in the 5G era, especially for new facial recognition, augmented reality, and other visual applications.

Finally, the music streaming revolution should also benefit Sony, which is the world's largest music publisher following its 2018 acquisition of EMI publishing. With music having a renaissance under paid streaming subscriptions, Sony should continue to benefit from the royalties that come from every sale or stream by one of its songwriters.

While maybe off the radar for some U.S. investors, Sony is the rare value stock that should also benefit the stay-at-home economy, making it a solid bet today.