Freshpet (NASDAQ:FRPT) has had a unique confluence of events to contend with during the COVID-19 crisis.

On one hand, pet adoption skyrocketed in the U.S. during the health crisis, sometimes emptying pet shelters, and demand increased for the company's fresh, refrigerated pet foods. On the other hand, the meat-packing industry was hit hard by the pandemic, threatening fresh protein supplies and creating shortages.

On June 23, the company presented at the Jefferies Consumer Conference, helping to provide investors with hints as to where the company is heading. Since then, the stock has continued its months-long rally, up 44% year to date. 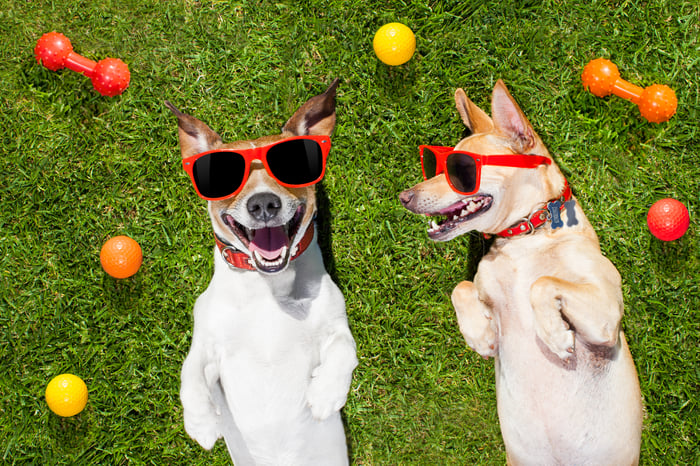 People turn to pets for comfort during COVID-19

During March and April, there was a surge in new pet adoptions as more U.S. consumers decided, for a variety of personal reasons, that it was the right time for a pet to enter their lives. Demand for everything pet-related rose as new owners were anxious to provide the best for their little buddies.

Freshpet was built on the idea that fresh, refrigerated foods are healthiest for pets, just as the same holds true for humans, and new pet parents resulted in new demand for Freshpet food. At the same time, 71% of Freshpet buyers are repeat customers, forming a solid revenue base.

Nielsen data through June 13 showed Freshpet's growth significantly outperforming the category. For the four weeks ended June 13, wet and dry dog food, excluding Freshpet, in the mega-channel (retailers like Walmart, Target, etc.) decreased 9.4% year over year. By comparison, Freshpet increased a whopping 25.7% during the same period in that channel. At the conference, Freshpet said weekly consumption has caught up to where it would have been if there had been no pandemic.

The performance seems heroic given the shortages and disruptions to production and distribution Freshpet experienced from March 28 through May 30. Meatpacking plants were shut down for weeks due to the coronavirus, placing the protein supply in peril. But the company put procurement back-up plans in motion and managed to reduce customer complaints about product shortages by 50% between April and May.

The coronavirus crisis also introduced many people to the idea of online ordering and curbside pickup, which Freshpet reports has been the largest growth driver in the current quarter, to the tune of triple digits. Investors will learn more specifics when Freshpet reports second-quarter results in early August.

During the June presentation, management reiterated 2020 guidance, a rarity in a year when most companies have withdrawn their guidance altogether. Freshpet is sticking with a projected 26% sales increase over 2019, and a 51% increase in adjusted earnings before interest, taxes, depreciation, and amortization (EBITDA). Freshpet also provided the assumptions used to arrive at the forecasts, allowing investors to quantify progress toward those goals.

"We believe our growth journey has just begun with the conversion of only about three million dog-owning households to Freshpet out of the 63 million total household opportunity," said CEO Billy Cyr in the fourth-quarter earnings report. "To fulfill our mission of 'changing the way we feed our pets forever,' we expect to convert another five million households to Freshpet by 2025. In doing that, we will continue to satisfy more pets, pet parents, and the shareholders who support us."

Is it time for investors to join the pack?

Despite the challenges over the past several months, Freshpet stock has continued to climb. The share price is up 44% in 2020 and 87% over the past 12 months, easily outperforming the broad market. Freshpet is not yet profitable, but its price-to-sales (P/S) multiple is 13, a premium valuation for a consumer discretionary stock.

Freshpet's products are clearly appealing to pet owners, 83% of whom say they see a health difference in their pets once they switch to Freshpet foods. I like everything about the company and its vision except the stock price.

Investors who feel the same should accumulate shares on market downturns. More clarity will come after second-quarter earnings are released, but there's no doubt that even in a pandemic, the company is making great strides in growth and market penetration. The bottom line just needs to catch up to the share price before the current valuation can be justified.