Please ensure Javascript is enabled for purposes of website accessibility
Log In Help Join The Motley Fool
Free Article Join Over 1 Million Premium Members And Get More In-Depth Stock Guidance and Research
By Daniel Miller – Updated Jul 15, 2020 at 11:37AM

Shares of vehicle rental company Avis Budget Group (CAR 7.02%) jumped as high as 8% Wednesday morning after new vaccination data from Moderna gave investors hope that consumers and the economy could return to normal sooner rather than later. The news even briefly boosted bankrupt Hertz (HTZG.Q), which rose nearly 3% higher before promptly returning to negative territory.

Moderna's positive vaccine data brought relief to beaten-down travel stocks, including cruise lines, airlines and rental companies. Avis has watched its revenue -- which mostly depends on travel to and from airports -- plunge and its primary rival, Hertz, file for bankruptcy protection. So what's the big deal? Moderna's vaccine candidate produced neutralizing antibodies in all 45 patients, according to the data published in The New England Journal of Medicine. Not only did it effectively build antibodies, the vaccination was found to be "generally safe and well-tolerated" and had no serious adverse events through day 57. "These Phase 1 data demonstrate that vaccination with mRNA-1273 elicits a robust immune response across all dose levels and clearly support the choice of 100 µg in a prime and boost regimen as the optimal dose for the Phase 3 study," said Tal Zaks, Moderna's chief medical officer, in a press release. 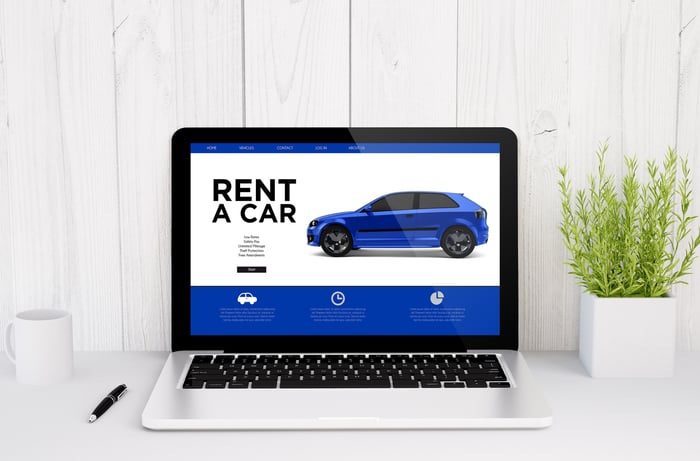 With such promising vaccine results, Moderna is preparing a late-stage trial of the candidate to begin as soon as July 27. With the vaccine candidate on the fast track to potential approval and production, it's music to the ears of Avis investors, who need consumers to get back to their daily lives, and more importantly, back to their prepandemic traveling schedules. While it's possible transportation and travel will rebound slowly, even with vaccine approval, Avis should still benefit from Hertz's bankruptcy when the world does finally get COVID-19 under control.