The IRS has sent out more than $269 billion in coronavirus stimulus money , but this cash was just a drop in the bucket for most Americans, who are now facing a recession with the unemployment rate at record highs. More money is clearly needed, as most have already used the cash to pay for essentials or prepare for emergencies. And the good news is, it's likely on the way soon.

In fact, there's a very good chance that Congress will pass a coronavirus relief bill in late July that authorizes more COVID-19 money. Here are three reasons why. 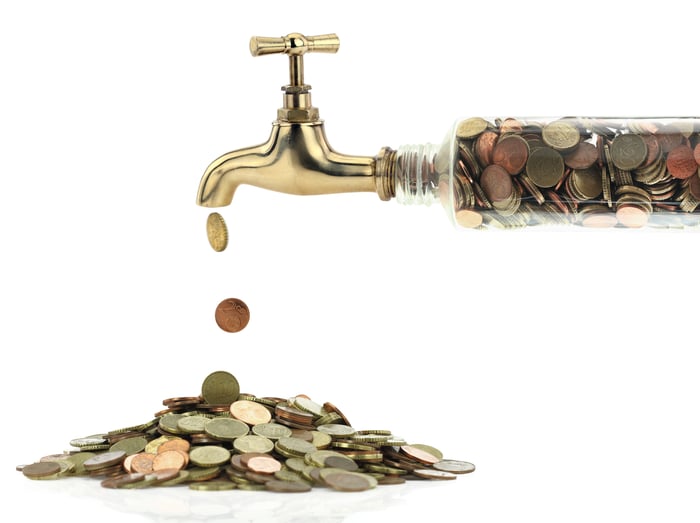 1. Some states are slowing down their reopening process or closing down businesses again

Coronavirus cases are currently spiking across the country, particularly in areas that weren't hit as hard in the first wave. With the number of virus cases surging, some hospitals hitting capacity, and public health experts warning things could get worse, some states that had begun the reopening process are starting to reverse course. In fact, bars, restaurants, and/or beaches have once again been forced to shut their doors in Arizona, Florida, Idaho, Texas, and a handful of other states -- and more could soon follow suit.

These massive closures are not only going to put businesses at risk, but they're also going to lead to a whole host of layoffs. And that will have ripple effects throughout the economy, reducing demand for products and services even at companies that are allowed to remain open.

2. Close to half the population is without a job right now, so people need help

In June of 2020, the employment-population ratio was 54.6%, down from a recent high of 61.2% in January of 2020. That means close to half of the non-institutional population was jobless (the data excludes prison inmates, active-duty military personnel, and residents of long-term care facilities).

The employment-population ratio can give a clearer picture of the labor market than the unemployment numbers alone, as it takes into account not just people actively looking for work but also those who have given up on finding work (which could very well be higher than normal given the risks associated with working during the pandemic).

Unfortunately, the low ratio shows just how far America is from a recovery, even as unemployment numbers have been good the past two months. In fact, as many as 30 million jobs would need to be created in order to get the country back to where it was at its peak in 2000, according to the chief economist at Deutsche Bank -- and just 4.8 million were added last month.

With so many people out of work, extending expanded unemployment benefits would probably be a better bet than just providing a second stimulus check. But that's more expensive and unpopular among lawmakers on the right, who believe that workers may be disincentivized to return to their jobs due to the extra $600 in weekly benefits the CARES Act provides through the end of July.

Republicans wary of authorizing more unemployment money may feel they need to do something to help the struggling, and a second stimulus payment is an easier sell.

3. The President's reelection campaign is in trouble

As of July 11, 55.8% of the country disapproved of President Donald Trump, compared with 40.1% that approved. Although the president's approval rating has been relatively stable throughout his presidency, this shows a slight recent decline.

Presumptive Democratic Nominee Joe Biden has also had a consistent, and substantial, lead over President Trump in the polls, a lead hovering between 8.9 and 9.6 percentage points since mid-June.

This doesn't bode well for the president's reelection campaign. He was insistent upon putting his name on the last coronavirus stimulus payment and sent out letters to remind Americans he was the one who authorized it, so he'll very likely see a second payment as an opportunity to curry favor with a wary public.

In fact, the president has already put forth multiple proposals for a second payment and with his low poll numbers, he's likely to put increasing pressure on Republicans to make that happen.

While the odds are good you'll get more stimulus money, there's no guarantee

Although there's good reason to believe lawmakers will provide another coronavirus stimulus payment to help struggling families and shore up the economy during the 2020 recession, you can't count on this money coming until the bill has passed. And that's especially true given that positive June employment numbers may have killed some of the momentum for a second check.

Since you can't count on more cash from Uncle Sam until a bill is passed, it would be wise to make sure you don't need it. Unfortunately, if you're without a job right now, that can be hard. You can apply for expanded unemployment benefits, but those are available only until the end of July (you should still be eligible for your standard benefit, but it will be much lower). You can also look into relief available under the Paycheck Protection Program or Economic Injury Disaster Loans.

For those who are still working, taking steps to prepare for a recession can help you to avoid getting into a tough financial situation if your hours are cut and no stimulus comes. Financial advisors recommend making a crisis budget and shoring up your emergency fund, and both of these steps can leave you well prepared to cope with economic troubles even if lawmakers don't come through for you in the end.