It's one thing to have gotten a job back, but many Americans in that boat are still grappling with lost income.

Millions of Americans have lost their jobs in the wake of COVID-19. But not everyone who got laid off is still out of work. As the economy has slowly but surely started to open back up, some people have managed to get their jobs back.

Before we can breathe a collective sigh of relief, consider this: Only 58% of workers are now earning the same income they did before the pandemic, according to recent data from SimplyWise. And that's just one reason why a second stimulus is sorely needed.

Americans are still desperate for relief

Lawmakers who are opposed to a second stimulus check have made a few key arguments against one: 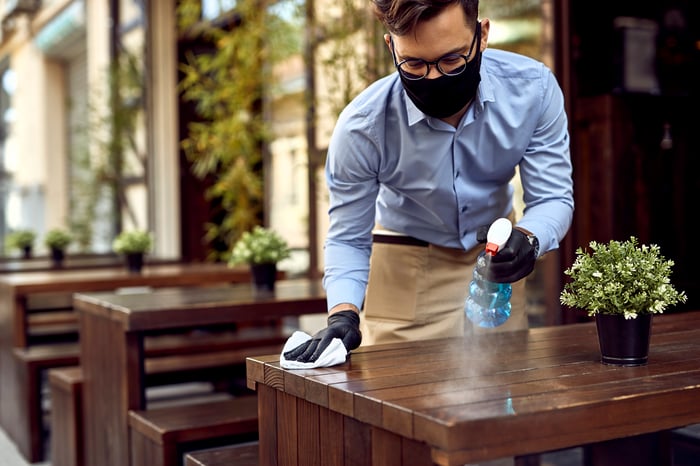 Just because more jobs are becoming available doesn't mean working Americans will be made whole financially. Those who aren't able to match their former earnings, whether due to working reduced hours or having to take a lower salary, stand to struggle financially as a result. And while there was a period -- namely, before the pandemic -- when flexible side hustles could bridge the gap in income-loss situations like this, right now, much of that work is off the table (now's really not the time to moonlight as a bartender). As such, even employed Americans might really have a hard making ends meet in the coming months, especially as the country grapples with a recession, and a second stimulus check could spell the difference between these same people keeping up with their expenses or falling behind.

In fact, there's already been a proposal to reward workers who return to a job with a $1,200 reemployment bonus, so to speak (though that bonus could take the place of extending the $600 weekly boost that currently applies to unemployment benefits). But if that proposal doesn't come through, then a second stimulus check is certainly a reasonable alternative.

A second stimulus payment makes a lot more sense because the reality is that not every worker has a job to return to. As the COVID-19 outbreak worsens, those who are back to work may find that they're forced to go on unemployment again when the businesses they work for are forced to limit capacity or shut down altogether.

As such, when lawmakers sit down to hammer out a second COVID-19 relief package to follow the CARES Act that was passed back in late March, let's hope they consider that many workers who have returned to a job aren't earning the same wage they used to. A second round of stimulus checks won't just help some desperate Americans avoid debt, it will also help keep a large number of businesses open and a large number of people on payroll. And at a time when news on the COVID-19 front seems overwhelmingly bleak, a second stimulus could serve as a truly important -- and essential -- silver lining.