Oil stocks are tied to transportation in ways renewables aren't.

To say the oil sector has hit a rough patch is the understatement of the year. First we had the big oil price crash in March. That gave way to coronavirus-related travel restrictions, which dried up demand for oil-based fuel. Now analysts are concerned about oversupply and a lack of global storage capacity. What's an energy investor to do?

Well, the obvious answer is, don't invest in oil stocks. Instead, the time may (finally) be right to put your money into renewable energy stocks. That's true even though shares of renewables have largely outpaced shares of oil companies since the big market crash. Here's why renewable stocks like asset manager Brookfield Renewable Partners (BEP -0.07%), renewable yieldco Atlantica Sustainable Infrastructure (AY 0.76%), and utility NextEra Energy (NEE -1.66%) look like better additions to your portfolio. 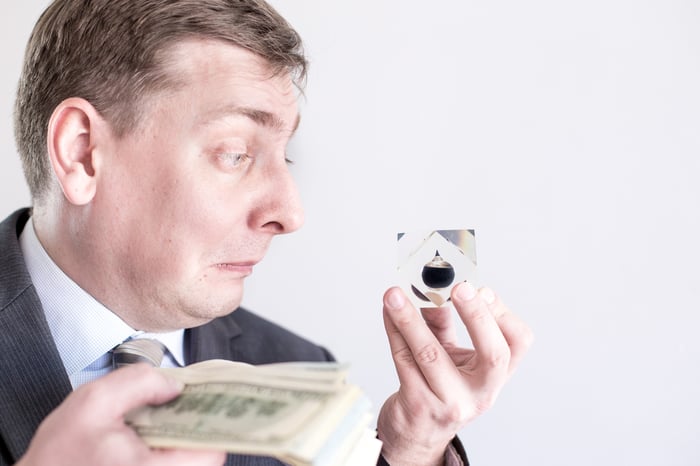 At first glance, you might think that oil stocks are a slam dunk to recover from their current lows. Petroleum -- that is, crude oil and its derivatives -- is the leading energy source in the U.S., according to the Pew Research Center, accounting for 36.4% of the country's energy consumption.

However, almost all of that petroleum fuel goes toward one industry: transportation. Less than 1% of U.S. power generation comes from petroleum fuels, mostly in aging backup plants in the Northeast. About 86 million barrels of petroleum distillate fuel gets used as heating oil each year, but that's dwarfed by the 1.1 billion barrels of distillate used as diesel fuel for -- you guessed it -- transportation. Overall, just 5.1% of U.S. petroleum is used for heating.

There's a simple reason why petroleum-based fuels like gasoline, diesel, and jet fuel are almost exclusively used in transportation: the liquid fuel that's made from petroleum is easier to handle than cleaner-burning (and cheaper) natural gas, and it's much less heavy to lug around than (also-cheaper) coal. Meanwhile, natural gas and coal (along with nuclear power and renewables) are more efficient than petroleum-based fuel.

True, about 25% of U.S. petroleum isn't used as fuel, but in petrochemicals -- like plastics, lubricants, and detergents -- but with nearly 70% of petroleum used in transportation, it's safe to say that oil stocks live and die by the transportation sector.

The problem for oil stocks right now is that transportation of all sorts has been hit hard by the coronavirus pandemic. Most countries around the world with significant international aviation traffic shut down foreign flights to slow the spread of the coronavirus. Domestic flights in the U.S. and abroad have also seen dwindling numbers due to coronavirus concerns. Stay-at-home orders affected more than 90% of the U.S. population in April and May, and many Americans are still working from home -- or not working due to business closures -- resulting in low demand for petroleum fuel.

While that demand has increased a bit from April, it may be slow to fully recover. The International Energy Agency (IEA) predicts demand for oil will have dropped by 9.3 million barrels per day in 2020. Some optimistic projections suggest demand could return to 2019 levels by 2022. Other analysts believe demand for oil and its derivatives, especially jet fuel, will never recover.

Couple that prospect with recent news that OPEC+ is set to ease production constraints in August, and oil stocks could be dealing with oversupply and weakened demand for months or even years.

On the other hand, renewable energy -- including wind, solar, and hydropower -- is the fastest-growing energy source in the U.S., and almost none of it is used in transportation. Primarily, renewable energy is used for electricity generation. While U.S. commercial and industrial electricity usage declined in April as a result of business closures, residential consumption increased. Globally, electricity consumption has declined by about 15% to 20% as factories, schools, and other businesses have closed for varying lengths of time.

The renewable energy market, however, has been surprisingly resilient -- much more so than the oil market. According to the IEA, investment in renewables has actually increased by 5% year over year, led by $35 billion of investments in offshore wind projects.

That's good news for investors in top renewable energy companies like Brookfield Renewable Partners and Atlantica Sustainable Infrastructure. Each operates a global portfolio of hydroelectric, wind, and solar assets, mostly under government-regulated or long-term fixed contracts. That results in a steady stream of cash flow to fund their payouts. Meanwhile, NextEra Energy is the largest electric utility in North America with a huge nationwide network of renewable power generation facilities. It keeps some of the power for its customers and sells the rest to other utilities.

Best of all, unlike the oil industry, all three of these renewable companies are projecting big growth over the next few years.

Most oil stocks have been through the wringer in 2020, while shares of many renewable energy companies, including Brookfield, Atlantica, and NextEra, have not only fully recovered from the March market crash, but are actually up by double-digit percentages for the year.

However, considering the dismal prospects for oil stocks in the coming years, and the sunny (no pun intended) outlook for renewable energy, it makes sense that renewable energy stocks are outperforming their fossil-fuel peers. Now looks like a good time to ignore the sinking oil ship and hop on board the green energy train.

Volatility Got You Down? This 1-of-a-Kind Investment Opportunity Could Stabilize Your Portfolio
395%