Please ensure Javascript is enabled for purposes of website accessibility
Log In Help Join The Motley Fool
Free Article Join Over 1 Million Premium Members And Get More In-Depth Stock Guidance and Research
By Lou Whiteman – Jul 22, 2020 at 11:17AM

Shares of Kratos Defense & Security (KTOS -2.22%) jumped 11% higher on Wednesday on speculation that the company could be a takeover target for defense giant Lockheed Martin (LMT -0.89%).

Kratos is a maker of drones and defense electronics, having pivoted away from telecommunications infrastructure equipment in 2004. The company has great potential, thanks in large part to its portfolio of next-generation drones. But so far, it has not landed a big order for those aircraft that would really solidify it as a mainstay defense company. 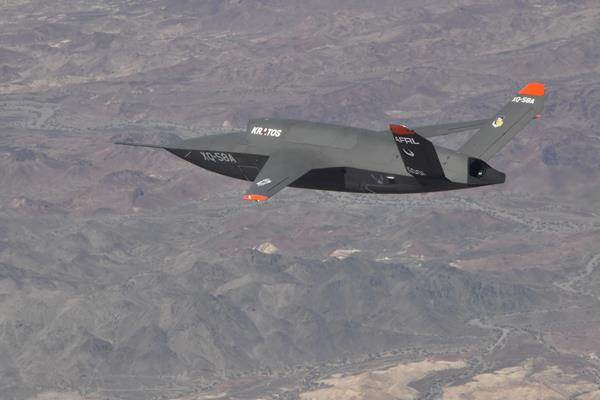 Lockheed CEO James Taiclet said in an interview with Bloomberg that he was focused on "pure-play" defense businesses and not commercial aerospace companies. Lockheed Martin has a large aviation business, making many of the fighter jets that need to work with drones from Kratos and others. As part of Lockheed Martin, Kratos' drones would get a big leg up toward securing a lucrative contract.

On Lockheed's post-earnings conference call, Taiclet also suggested the company could push into secure communications, perhaps providing the government another option as it tries to avoid Chinese telecom equipment makers.

Add it all up, and media sources including Dealreporter conclude that Kratos could be of interest to Lockheed Martin.

Generally speaking, I don't think it is ever a good idea to buy stocks based on takeover talk. Speculating about acquisitions is an entire cottage industry on Wall Street, and few rumors that make it to print ever end up as actual announced deals.

That said, there is a lot to like about Kratos either as an independent or as part of a larger portfolio. The company's Valkyrie drones, while still not fully proven, have performed well in testing, and the Pentagon seems to be moving toward an order. And Kratos is involved in a number of other high-tech experimental defense projects that could eventually pay off for the company.

In recent years, Kratos has been an outlier among mostly staid defense stocks due to its high-risk, high-reward nature, and while the risks are diminishing as trials on the drones progress, the stock still tends to be more volatile than that of most defense companies. Takeover talk is only adding to that turbulence.